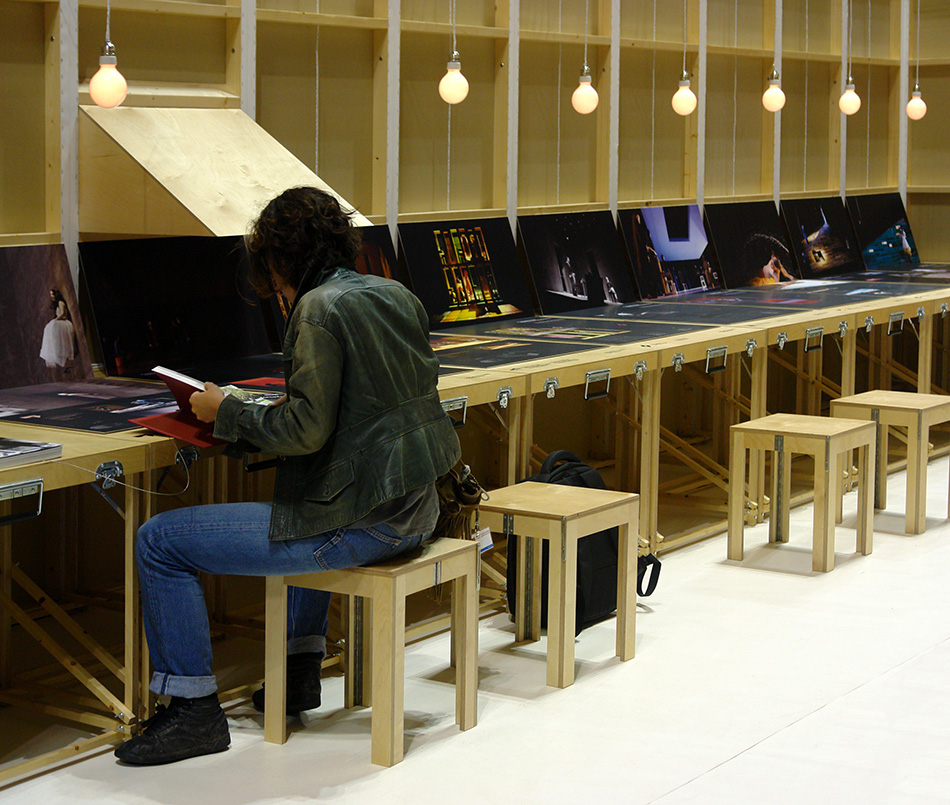 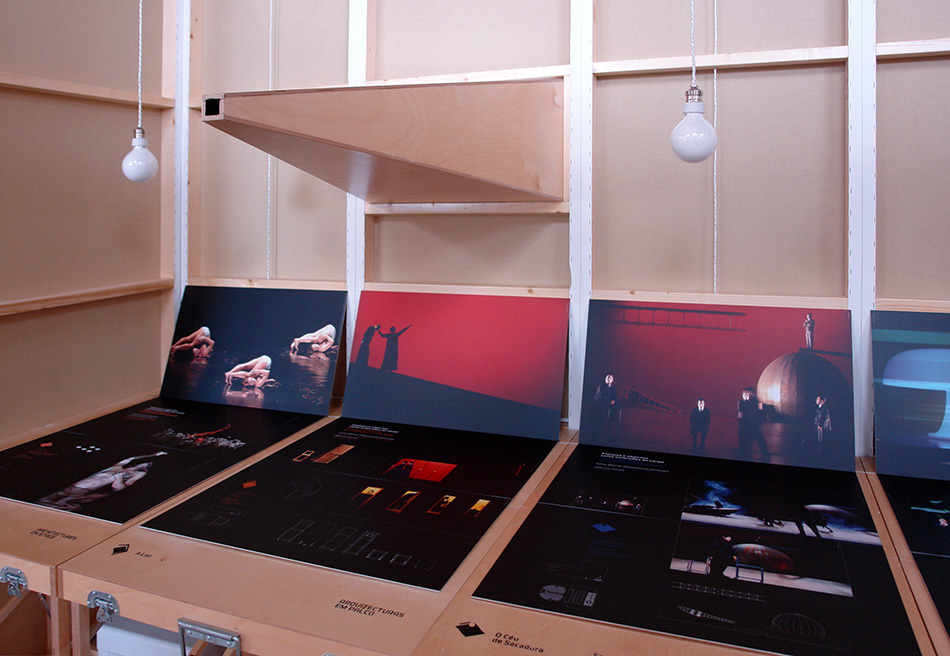 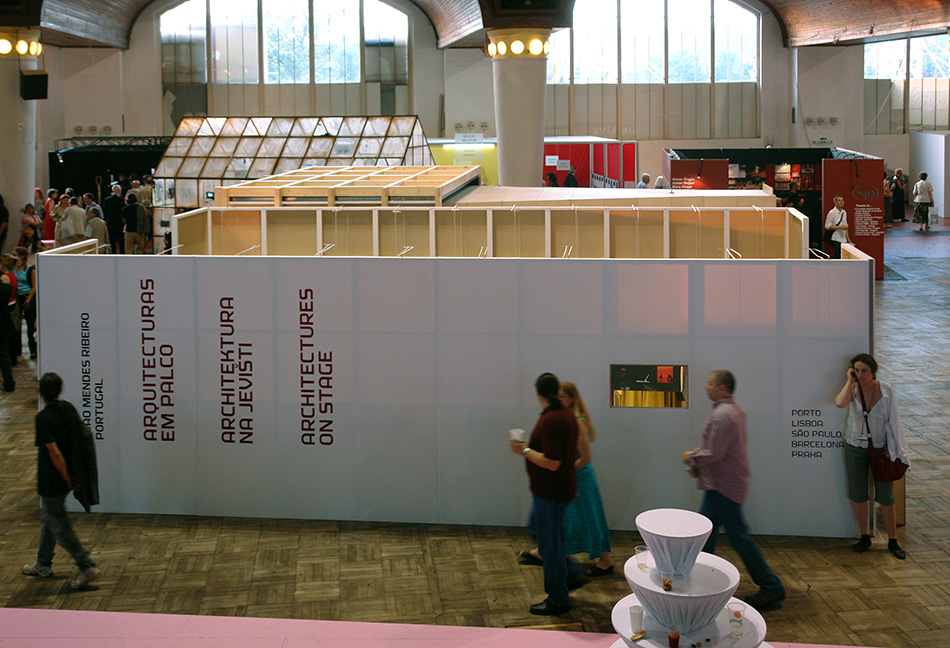 Arquitectures on stage, organized and produced by the Portuguese Ministry for Cultural Affairs, was the proposal by João Mendes Ribeiro, in collaboration with Catarina Fortuna and Pedro Grandão, for the 2007 Prague Quadrennial - 11th International Exhibition of Performance Design and Space.

This was the first official Portuguese presence in the Prague Quadrennial. The project won the gold medal in the "Best Stage Design" category - the most important award presented at an individual level - at an event that aims to "observe and compare, in terms of its design, the development of theater throughout the world."

"The exhibition space itself is characterised by a minimal and geometric composition; it consists of a system of modular and portable multifunctional objects - table-suitcases and presentation boards - along with an autonomous object that sets up as a small amphitheater."
João Mendes Ribeiro

The adopted graphical intervention aimed to continue the original layout design - assigning a language that enabled the project to distinguish itself from others on display. All table-suitcases were labeled and identified, thus matching them to the set designs they referred to or to the documentation about the short film "A Sesta" directed by Olga Roriz and specifically commissioned for this exhibition. Sixteen set designs were showcased in the form of tripartite boards - using text, schematic drawing of the sets and photography. These boards were transported in corresponding suitcases and later placed on the same suitcases, now transformed into tables, evoking the movement of a deliberate choreography.