CHSC. Center for the History of Society and Culture 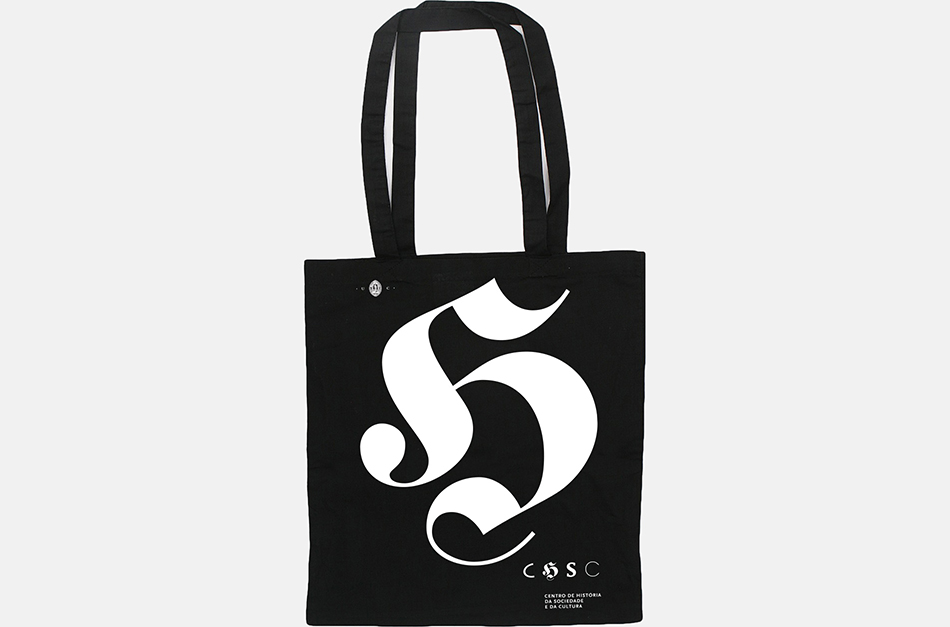 The visual identity designed for the Center for the History of Society and Culture aims to highlight the broad thematic, geographical and temporal scope of the studies developed by this research unit, creating a notion of timeline.
To this idea of ​​chronology we added the letters, representing human thought, knowledge transmission and memory. In short, letters as a representation of knowledge and civilisation.
Taking from these two ideas, the initial four letters of the center were taken as a vehicle for the idea of ​​time and its passage recorded at different times, thus creating a chronological typographic mark. A sequential set of the four letters ordered chronologically that, in addition to functioning as an acronym, represent the historical periods in which they were designed.
In order to represent this vast plurality of themes, geographies and time periods covered by CHSC studies, five alternative versions of the mark were designed, and intended to be used randomly. Each version can use different font types, always using the same initials and the spacing metric that makes the mark visually coherent and recognisable.

The Center for the History of Society and Culture (CHSC) is a research unit of the University of Coimbra, based at the Faculty of Arts and Humanities. It is mainly comprised of historians, from different fields of expertise, and also includes researchers from other Social and Human Sciences.
It currently includes four priority areas of research: Heritages and local and regional identities; Meetings and divergences between cultures; Rethinking the job of the historian; Study and publication of sources.
in Marks & Identities