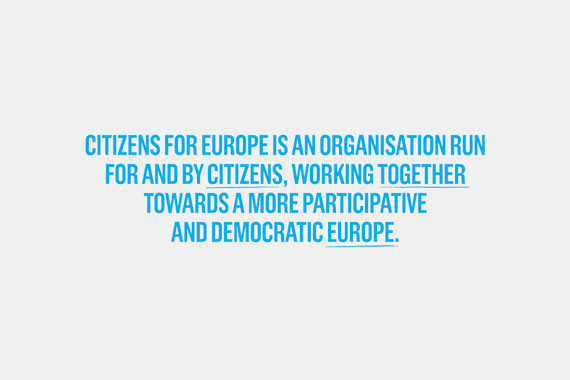 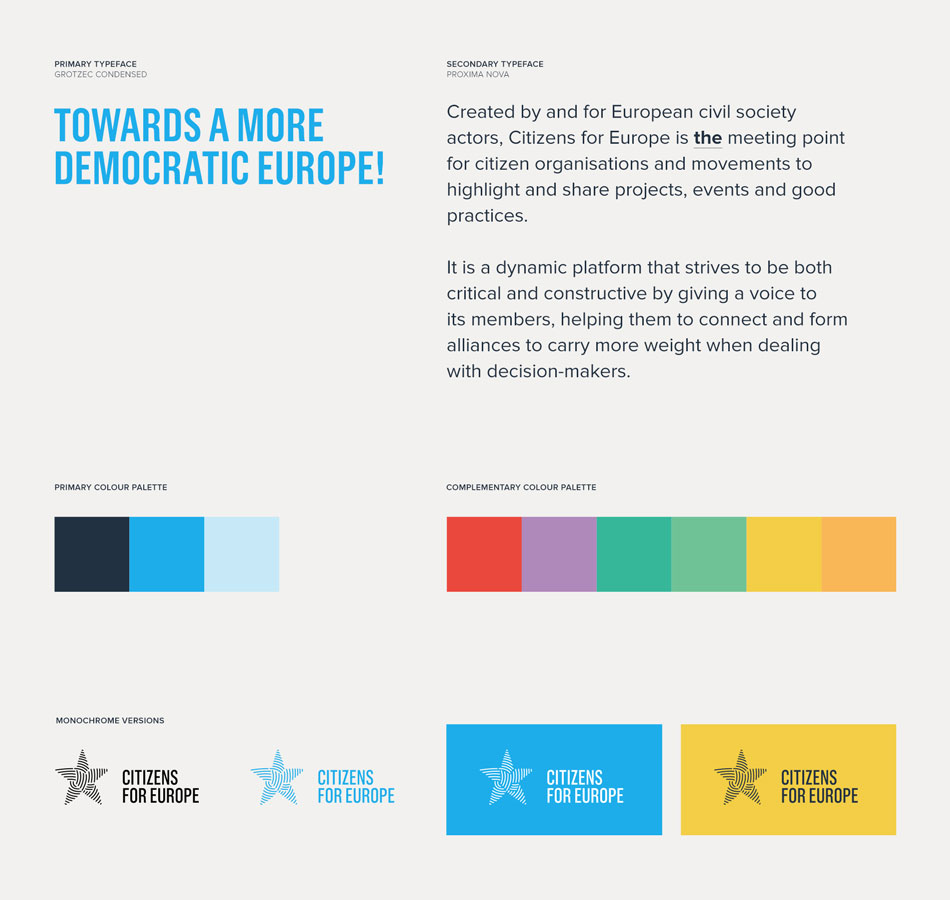 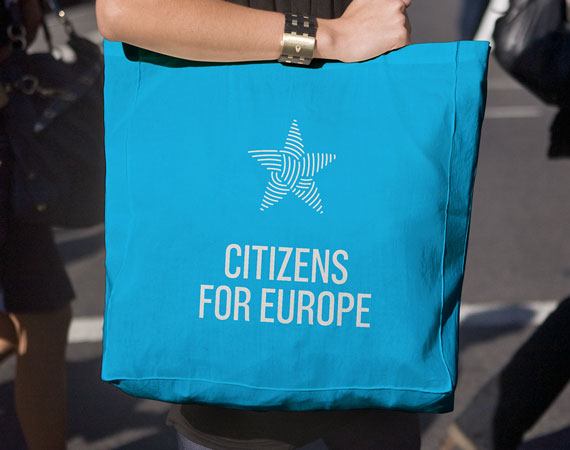 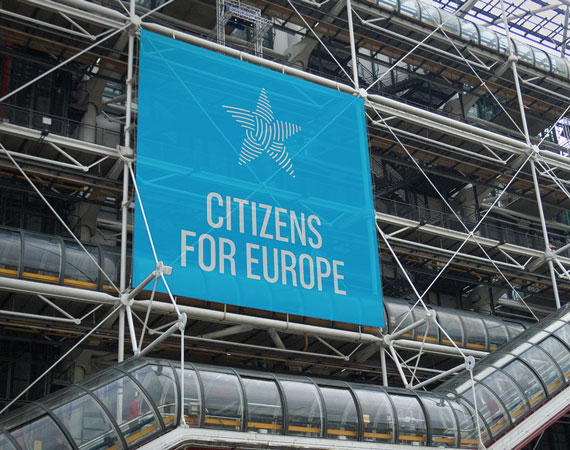 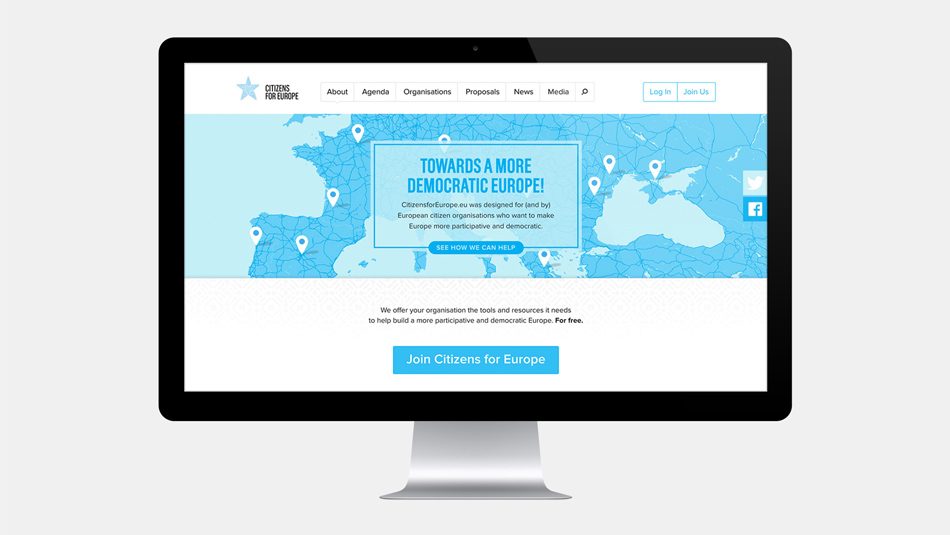 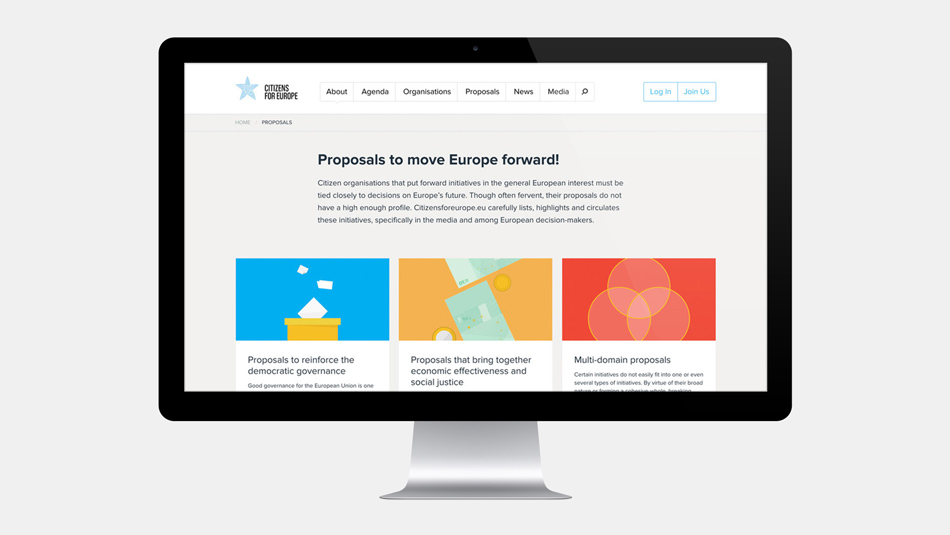 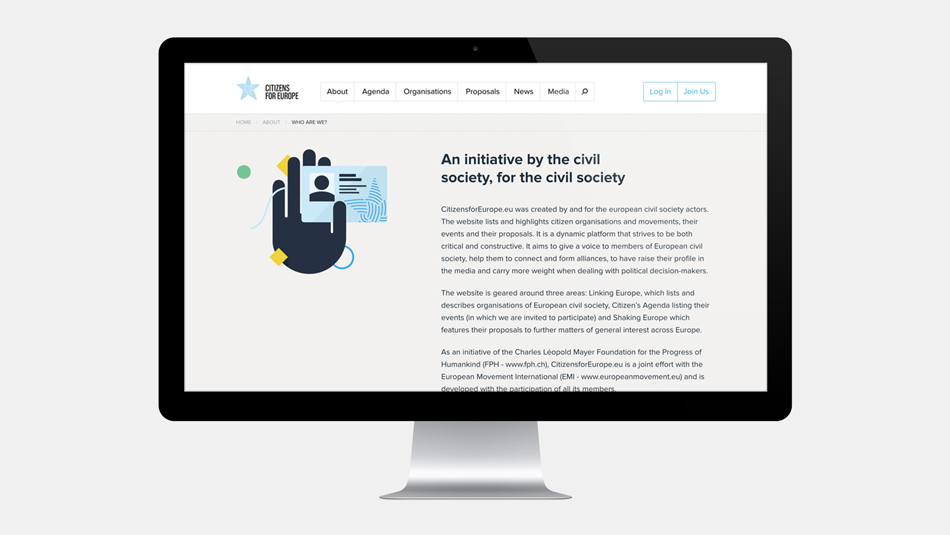 Citizens for Europe is a platform for European-based citizens and civil society organisations to share ideas and engage one another in helping shape democracy in an increasingly estranged Europe. Made up of just under 300 NGOs, the platform needed a new visual identity and website that allowed it to not only increase its social outreach, but also actively promote communication between its existing members.

We designed their new logo: a star-shaped fingerprint, woven together in a peculiar way, inspired by their vision of a more cohesive Europe  one that stems from the intersection of all of the different European cultures and identities. We've also designed and developed a full-fledged, Wordpress-based website, that publicly displays its members' work, while privately providing them with the tools and resources they need to expand their outreach.
in Marks & Identities, Web & Interactive