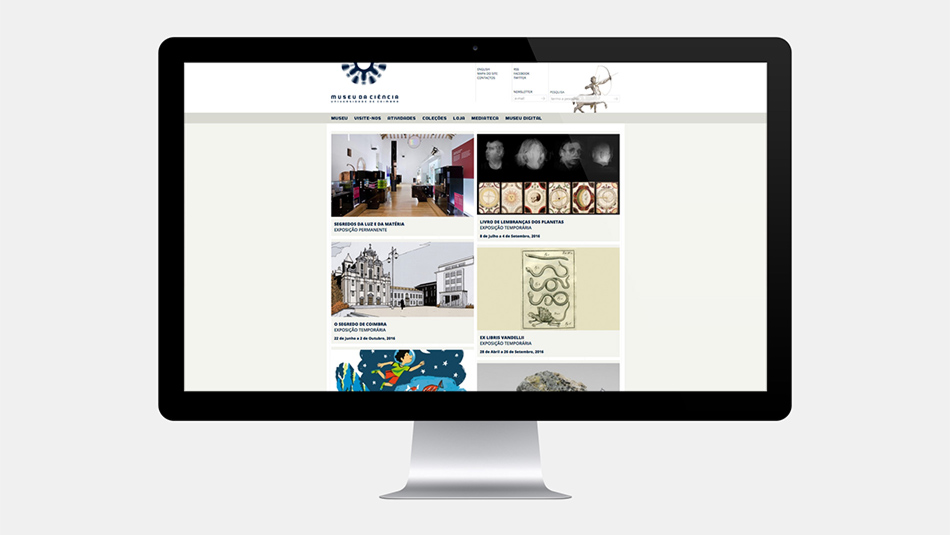 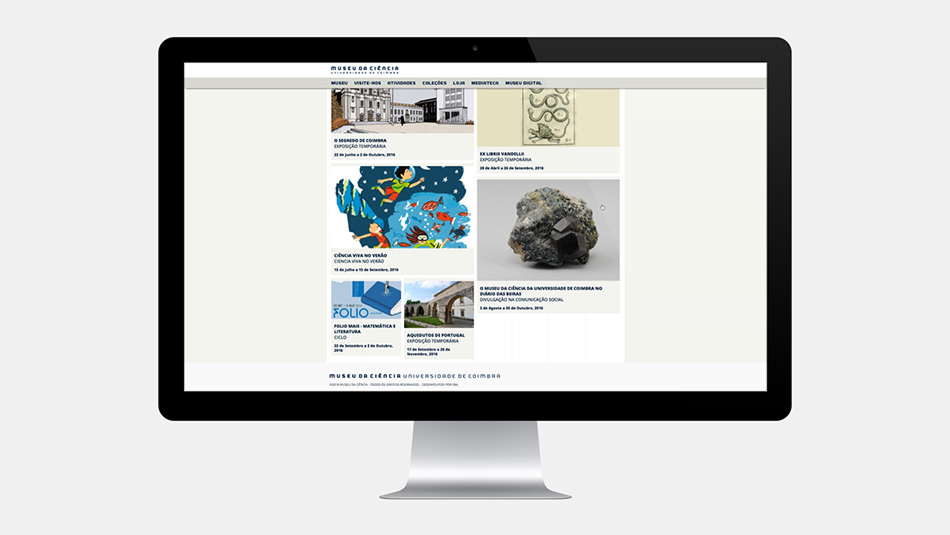 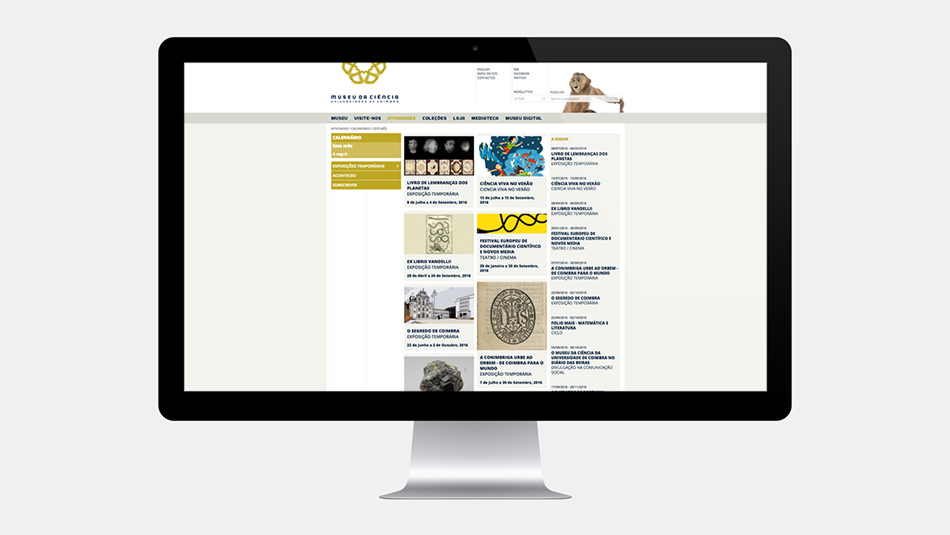 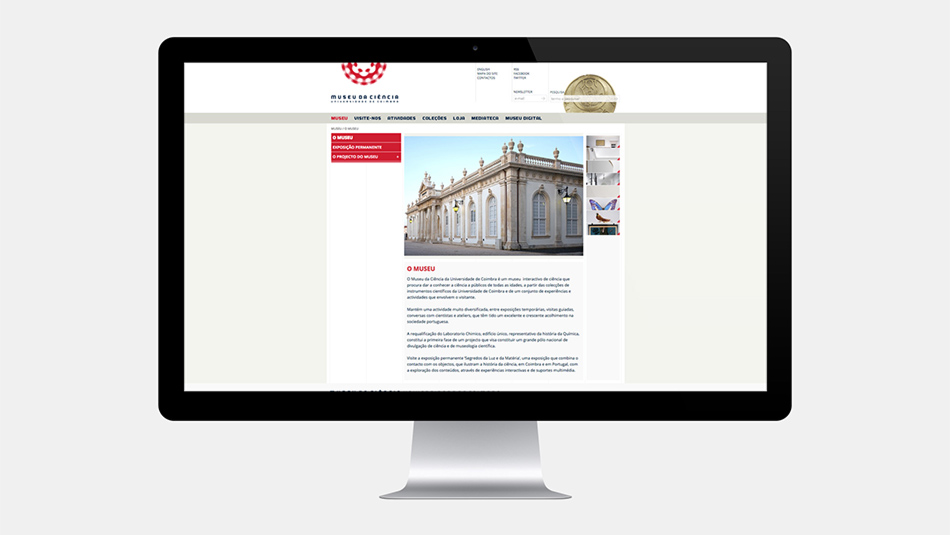 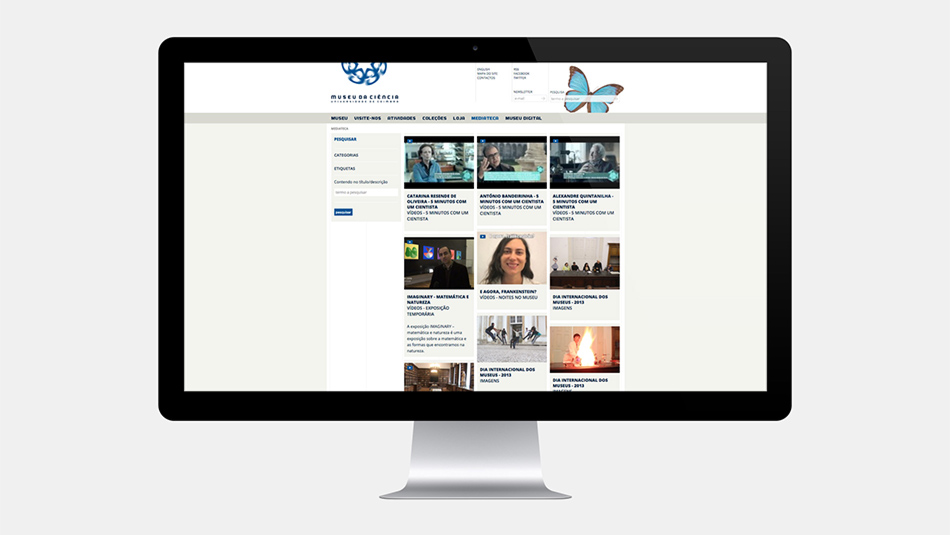 FBA. worked from the beggining with the University of Coimbra Science Museum, namely by creating the museums visual identity and working on the design of the permanent exhibition.

During 2013, FBA developed the Museums website, which received the 2014 APOM award (Portuguese Association of Museology).

The Science Museum of the University of Coimbra is an interactive science museum that aims to provide visitors of all ages an entertaining environment in which to discover science. The Museum presents the Universitys collections of scientific objects and instruments as well as a series of exciting exhibits and hands-on experiments. The Museum offers many activities, including temporary exhibits, guided tours, workshops and informal meetings with scientists.
in Web & Interactive