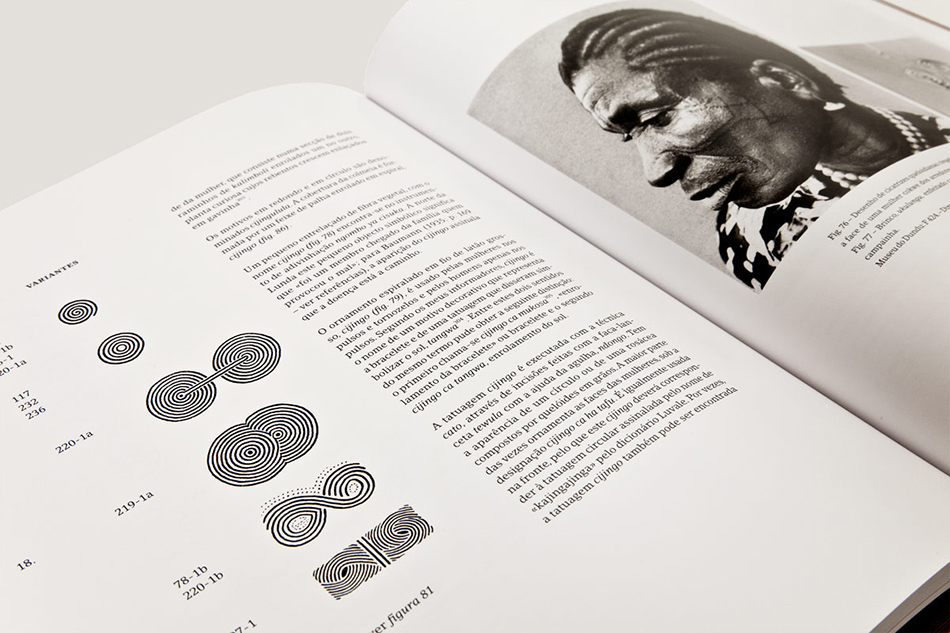 The international dissemination of Angolan folk art is closely linked to the Belgian anthropologist Marie-Louise Bastin (1918-2000), who in the 1950s lived long periods in northern Angola to study the local art. As a result of the research a monumental study on the Art Decoratif Chokwe was published and it is still considered by many the definitive book on the subject. Published only in French by Diamang in Lisbon in 1961, this two-volume work sold-out long ago and ended up having a restricted circulation in academic circles.

The book "Arte Decorativa Cokwe", was a joint initiative of the Dundu Museum in Angola and the University of Coimbra Anthropological Museum, under the sponsorship of ESCOM. Following accurate and careful scientific, linguistic and translation procedures, the new edition remained faithful to the content of the original books while adopting a new graphical approach considered appropriate to the theme.
The legacy of such a relevant piece of research paved the way for a singular and unique book.

In addition to the geography and history, this work introduces the reader to the anthropological characteristics, the language, the material, spiritual and social life as well as diverse decoration techniques, hairstyles, tattoos, and other decorative motifs of the Chokwe people. The relationship between the artistic creation of these people and the demands of everyday life is profusely documented in the two volumes.

Part of the Science Museum of the University of Coimbra, the Anthropological Museum houses ethnographical collections mainly of African and Brazilian origins, as well as major anthropometric instruments of the eighteenth, nineteenth and twentieth centuries.
in Books & Editorial

Anthropological Museum of the University of Coimbra