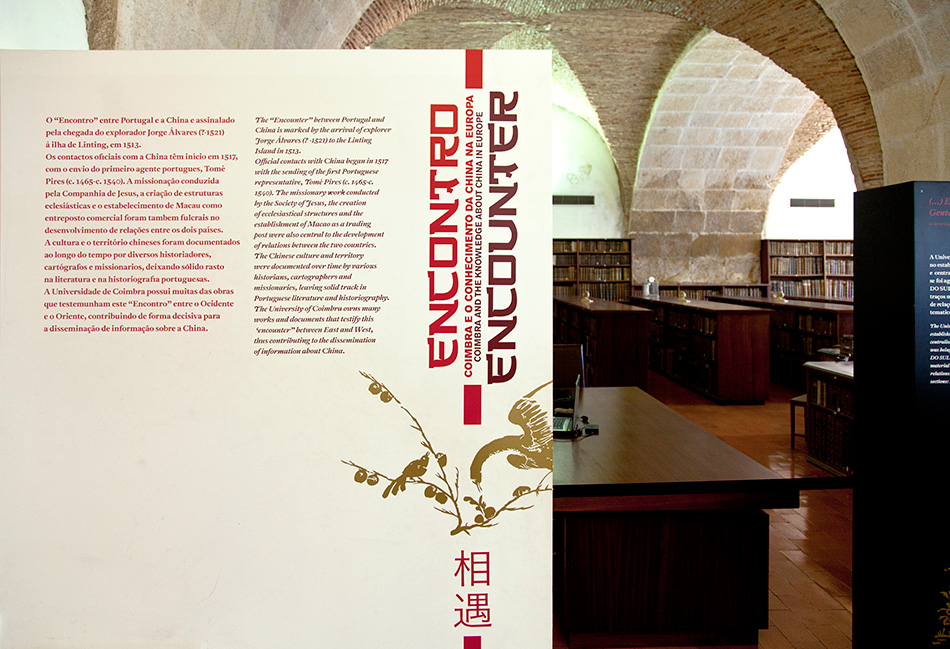 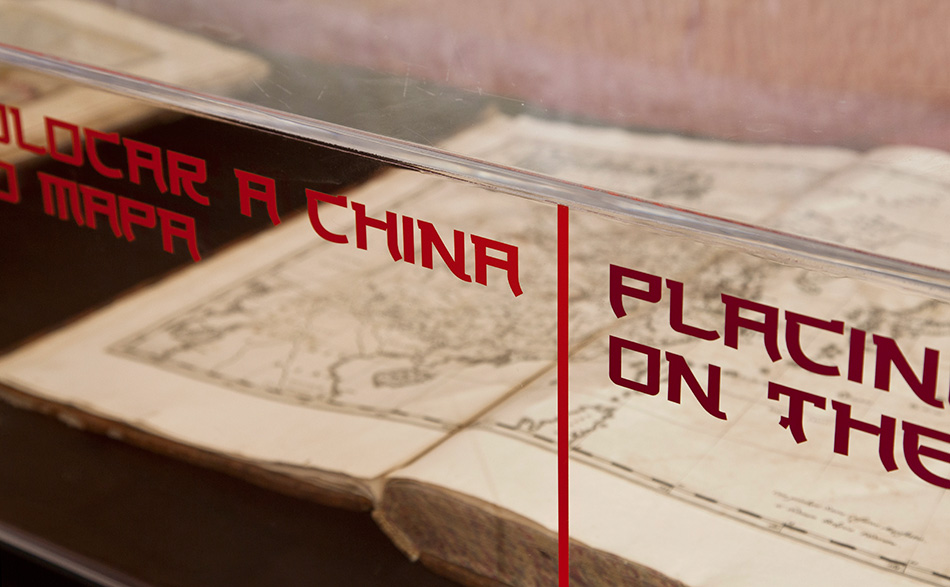 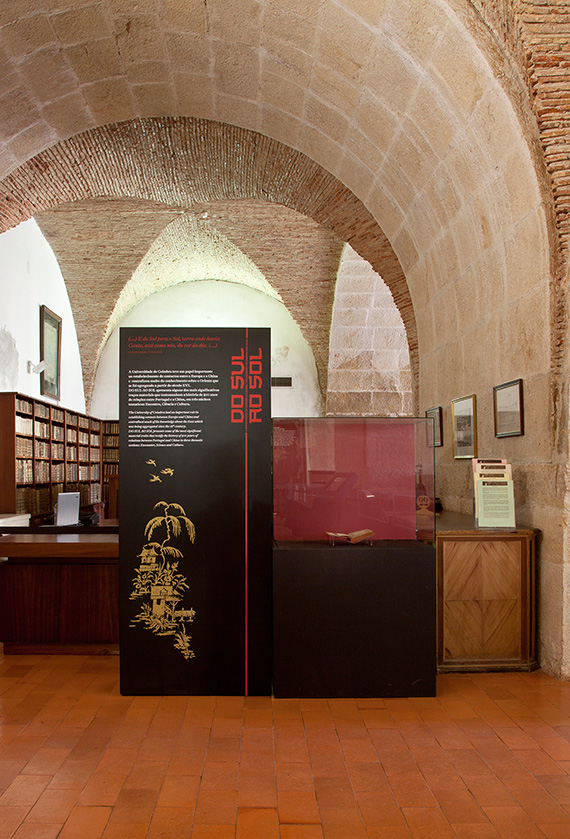 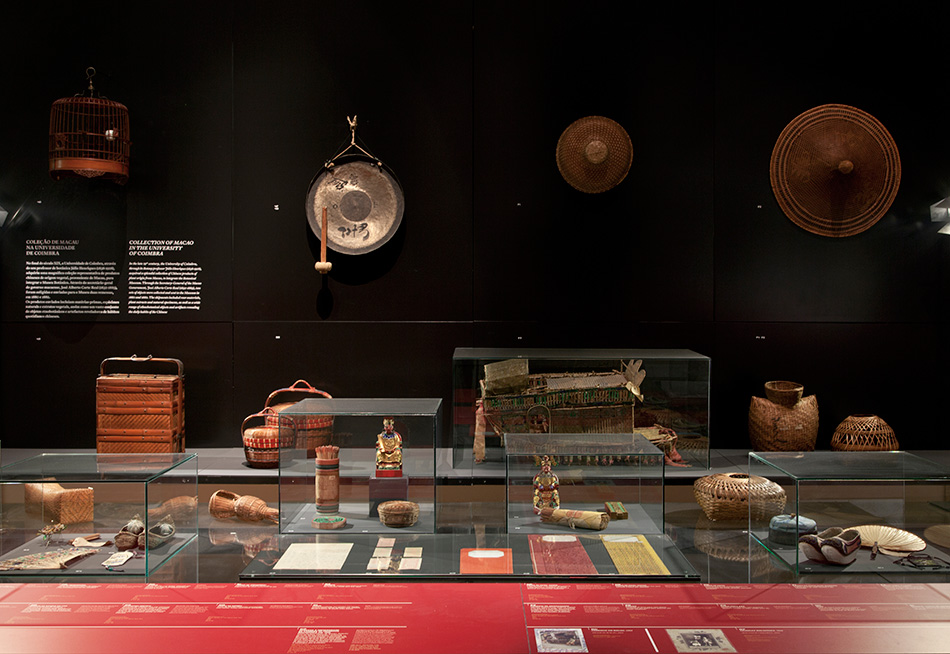 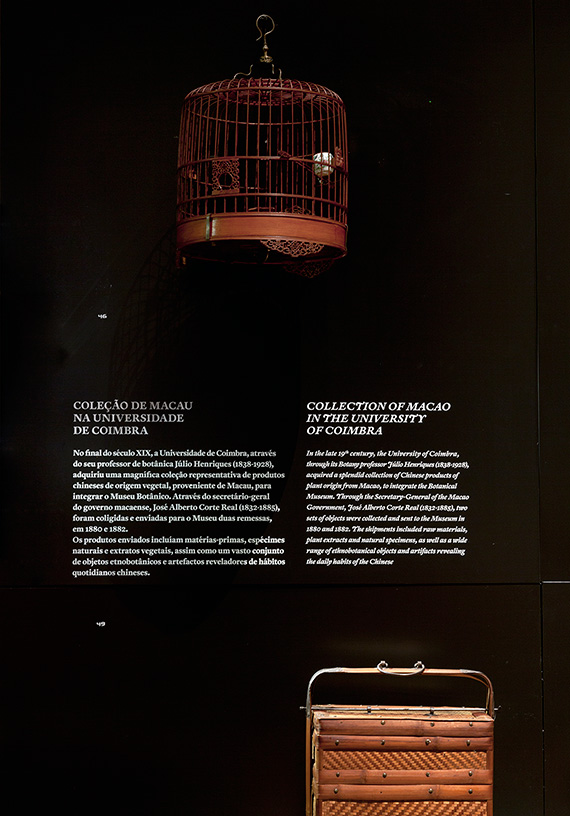 Exhibition design for the University of Coimbra.

The University of Coimbra played an important role in establishing contacts between Europe and China, concentrating much of the knowledge about the Orient starting in the 16th century.
Do Sul ao Sol was an exhibition that presented material artefacts that testify to the 500-year history of relations between Portugal and China in three thematic nuclei:
ENCOUNTER - Coimbra and the knowledge of Chinese culture in Europe.
The Chinese culture and territory documented by historians, cartographers and missionaries.
SCIENCE - Coimbra and the scientific exchange with China.
The role of Coimbra in the education of the Jesuit missionaries who left for the East and contributed to the exchange of scientific knowledge between Europe and China.
CULTURE - The Chinese influence on taste and material culture.
Cultural exchange and trade with China as promoters of changes in habits, taste and aesthetics in Portugal and in Europe.

Founded in Lisbon in 1290 and definitely settling in Coimbra in 1537, after a long period alternating between the two cities, the University of Coimbra is now attended by over twenty two thousand students.
The University of Coimbra has a unique tangible and intangible heritage, keystone in the scientific culture of Europe and the World and is a UNESCO World Heritage site since 2013.
in Exhibitions