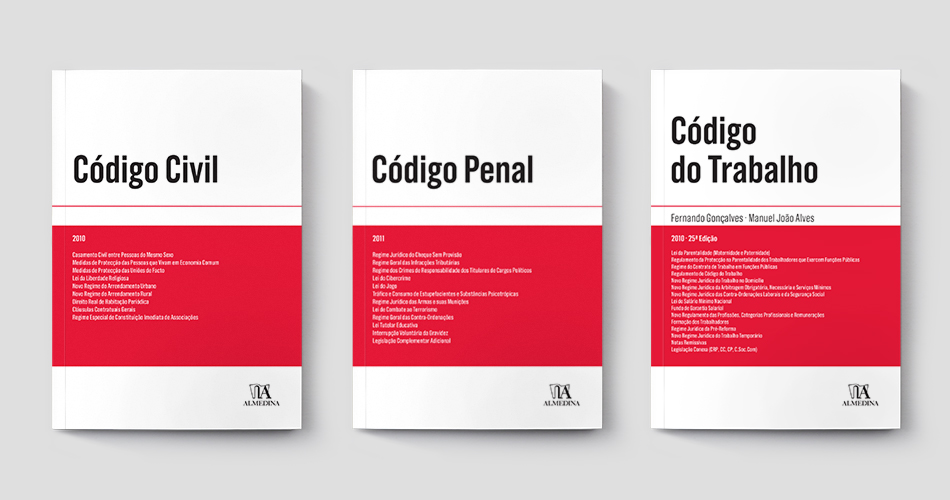 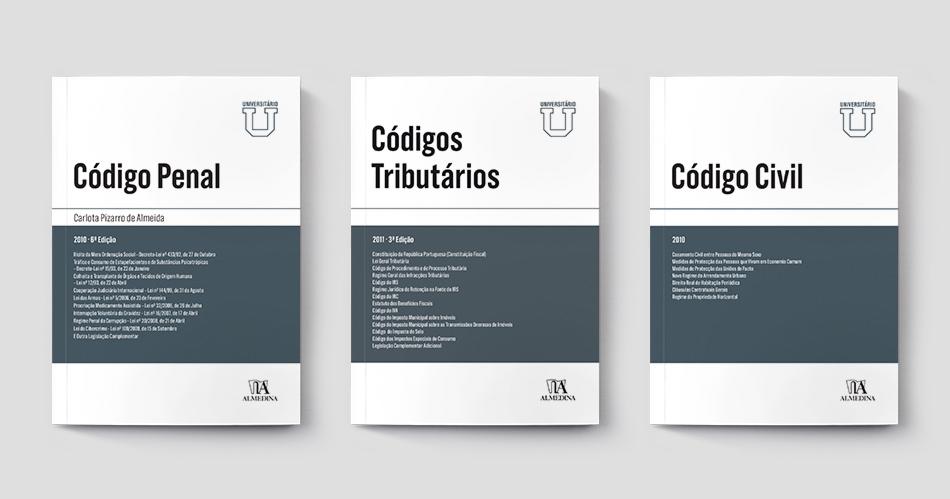 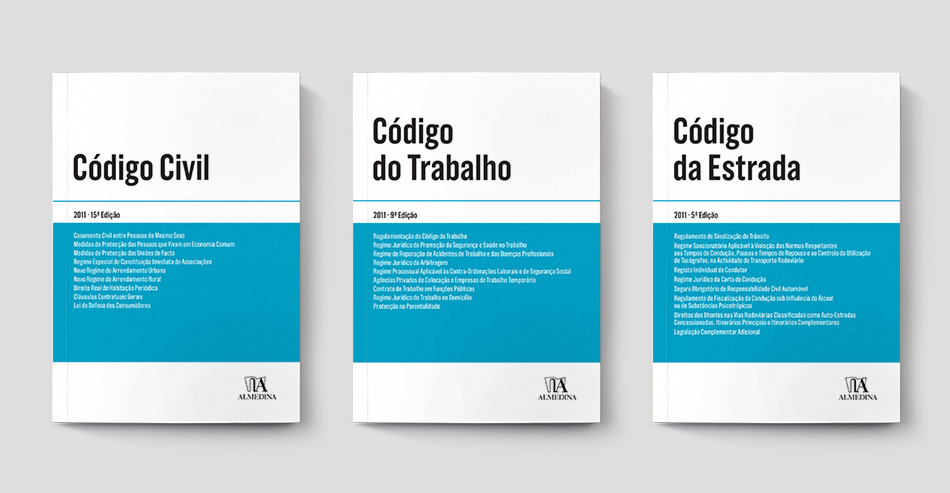 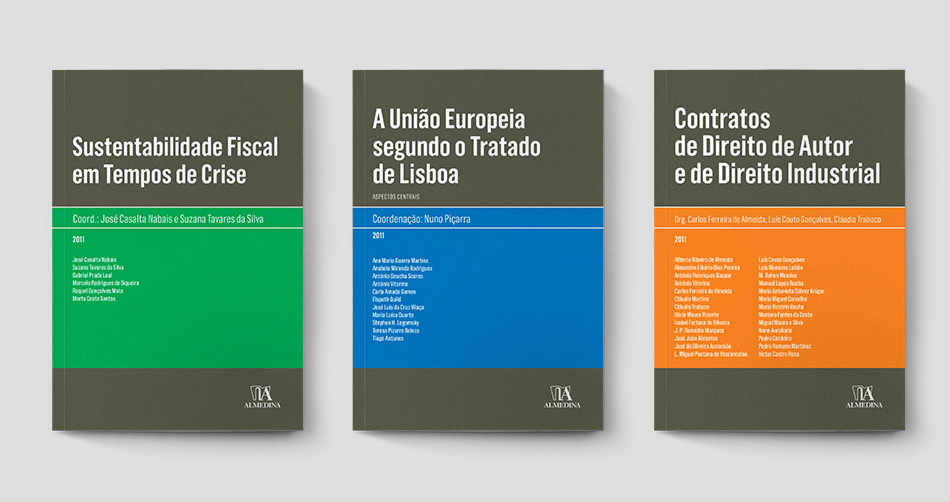 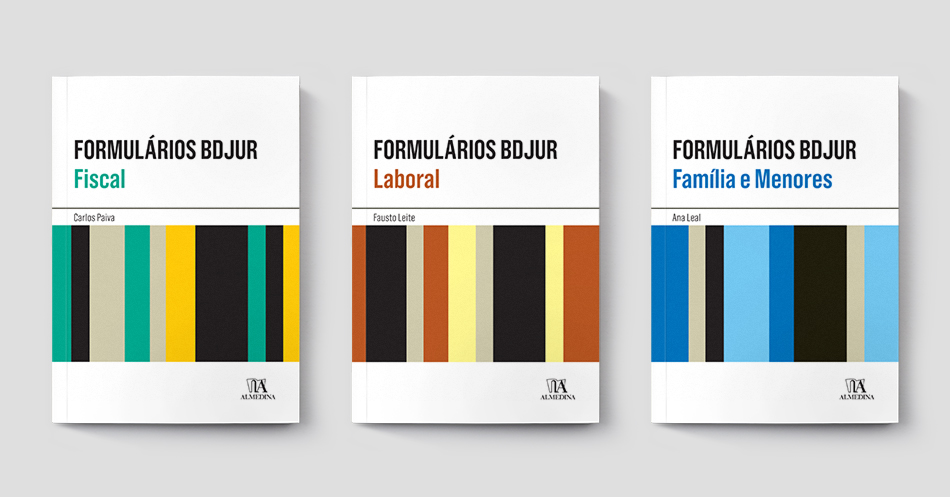 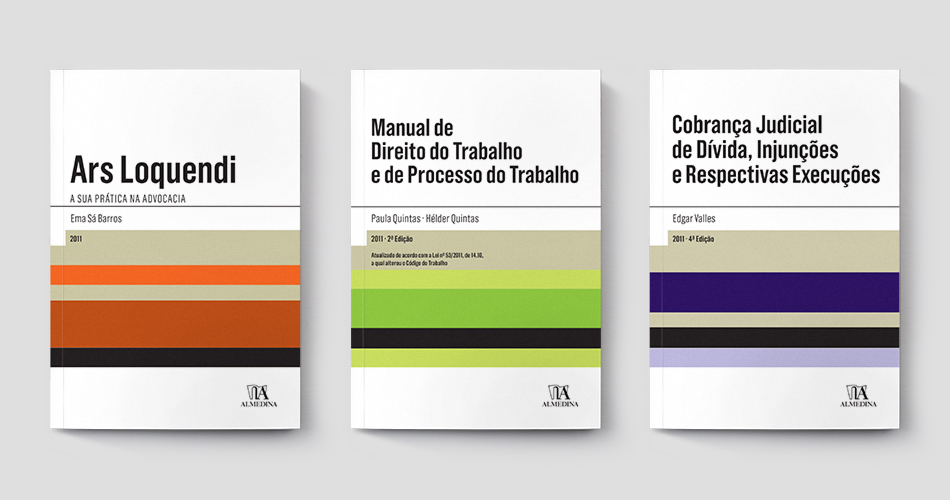 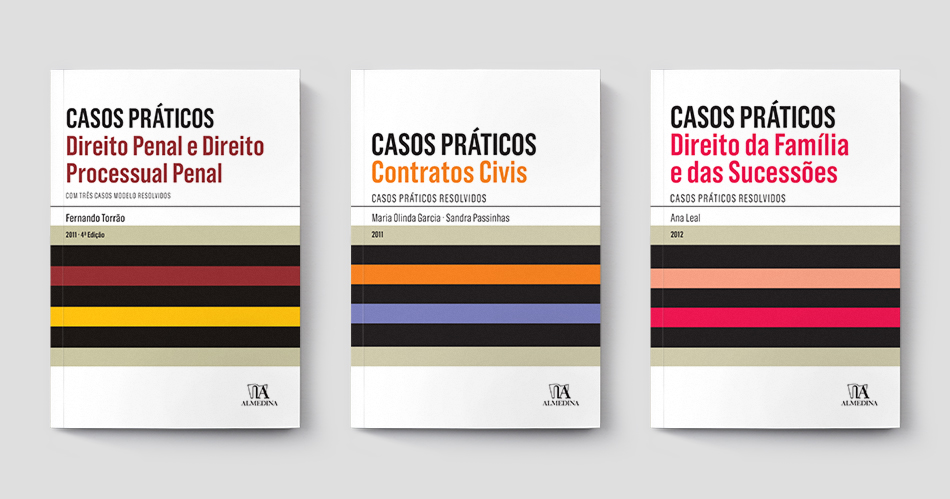 After more than half a century of publishing activity, Edições Almedina, founded in 1955, decided to restructure and improve its Law editorial catalogue..
In addition to reinforcing the criteria of quality and rigor, they innovated by offering new services, such as a legal database (BDJUR) and projects, such as the first series of Law pocket sized books in the Portuguese market.
The growth in number of Law book series in the catalogue led Almedina to commission FBA. to develop a design system that visually organised the large volume of book covers and interiors into different series, while ensuring consistency and coherence of the Almedina brand.
Preserving the legacy of the essence of the editorial identity of Almedina's Law books, FBA. approached this project by reorganising and redesigning the graphic standards for a set of over a dozen book series retaining differences and similarities so that, individually, they were distinguished from each other but, on the whole, shared graphic elements - grid, typography and color palette - thus complementing each other and forming a visual family.
The classic design of the covers of the Law Texts series, after some adjustments, served as a matrix for the whole process. Is was the starting point for a system of graphic variations applied to the other series, always ensuring the books would be easily identified by professionals and academics, the target audience for these books.
The interior layout models were redesigned in order to facilitate reading and annotation.
Portuguese fonts by Mário Feliciano were used.

Edições Almedina, is the leading publisher in Legal issues in Portugal, while also publishing in the fields of Medicine, Psychology, Education, Economics and Exact sciences. Edições Almedina is part of the Almedina Group, which includes the folowing brands: Edições 70, Actual Editora, Minotauro and Almedina Brasil. Contributing to the dissemination of new authors, opinions and research lines, Almedina Group is mainly positioned in the areas of technical knowledge, not neglecting works that contribute to critical thinking and reflection.
in Books & Editorial