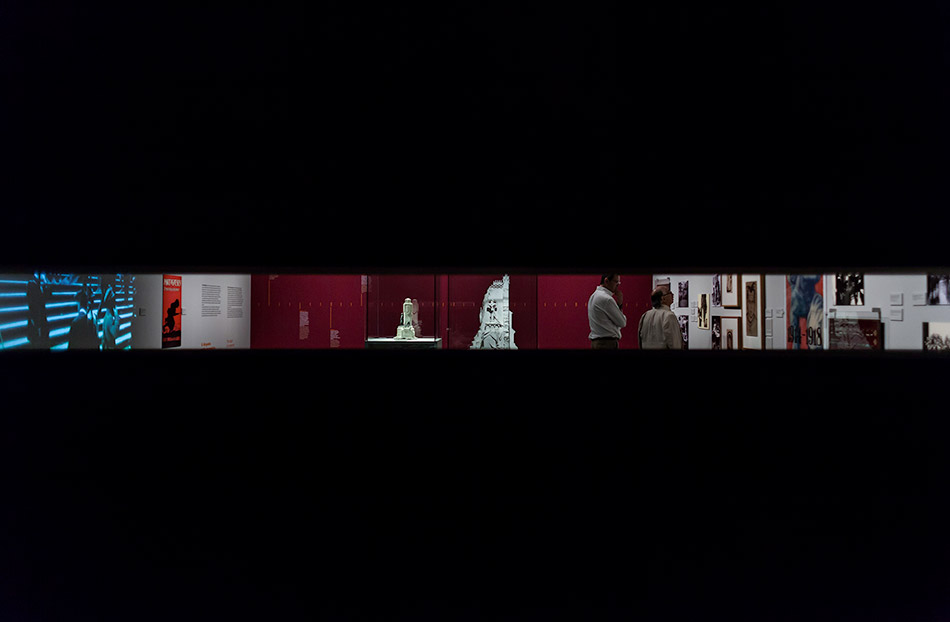 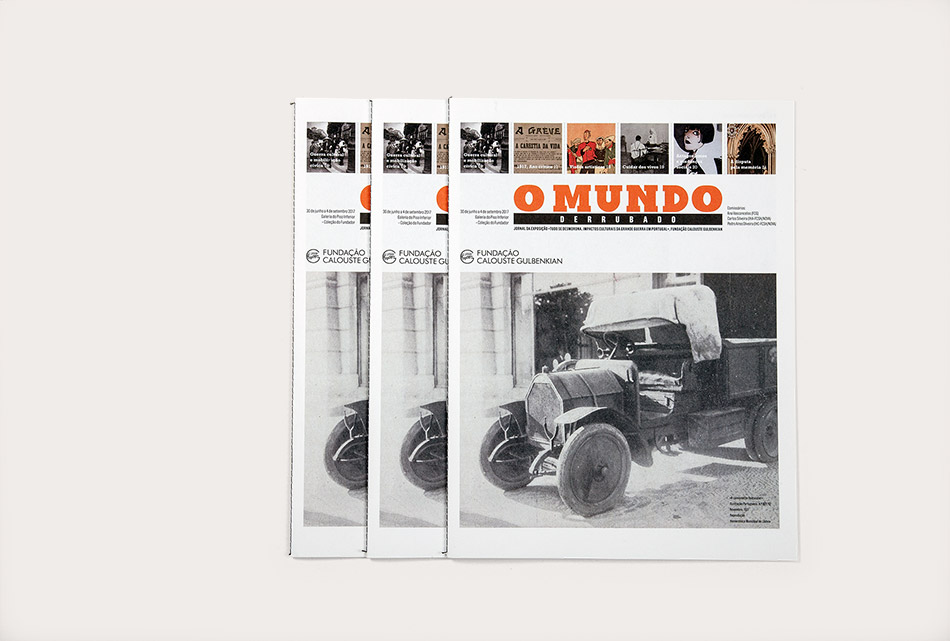 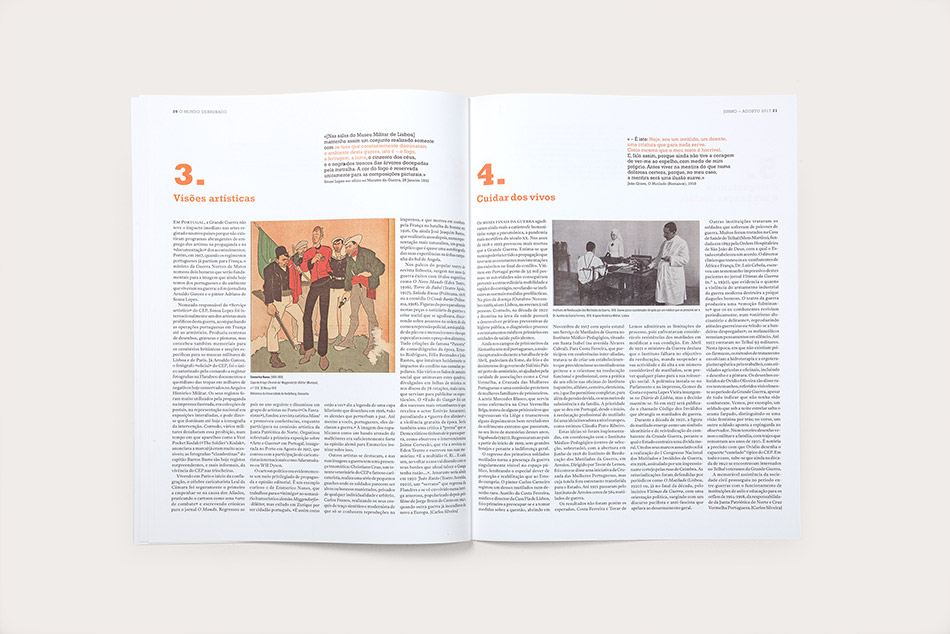 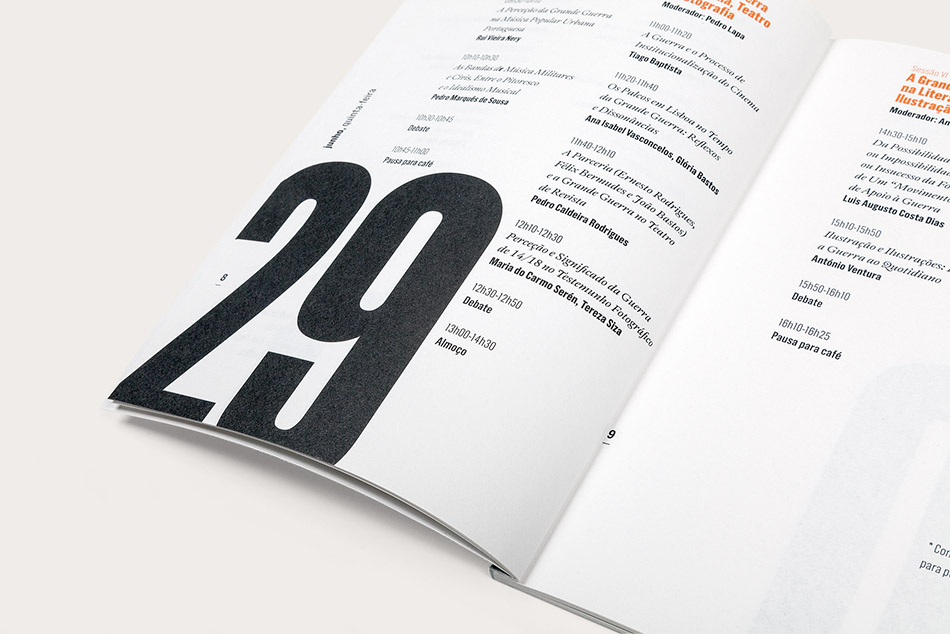 Exhibition visual identity, graphic and collateral design.
Everything falls apart, this exhibitions title draws from a verse in the poem The second coming (1919) by the Irishman William Butler Yeats. At a time when Ireland - and Europe - lived under the turmoil of the aftermath of the First World War, at one point in this verse Yeats writes things fall apart, making a clear allusion to the absence of European strategies.
Part of a broader programme evocative of the centenary of the First World War, the exhibition Everything falls apart: Cultural Impacts of the Great War in Portugal, was an account of the impact on Portuguese society and culture, both in the course of the conflict and in the following years (1914 to 1935).
The most relevant events for Portugal that had their genesis or were accentuated with the outbreak of the Great War, unfolded in a chronological order, illustrated by several works and unpublished documents of the changes, social and cultural trends taking place at the time. The various books, paintings, photographs, drawings, caricatures, sculptures and films, provided by military and civil institutions and private collections, came together under six main sections: Cultural war and civic mobilisation; 1917 - Critical year; Artistic visions; Taking care of the living; Antagonisms and social changes; The dispute for memory.
Established in 1956 as a Portuguese foundation for the whole of humanity, the Calouste Gulbenkian Foundation's original purpose focused on fostering knowledge and raising the quality of life of persons throughout the fields of the arts, charity, science and education. Bequeathed by the last will and testament of Calouste Sarkis Gulbenkian, the Foundation is of perpetual duration and undertakes its activities structured around its headquarters in Lisbon (Portugal) and its delegations in Paris (France) and London (the United Kingdom).
in Exhibitions, Books & Editorial, Video & Motion