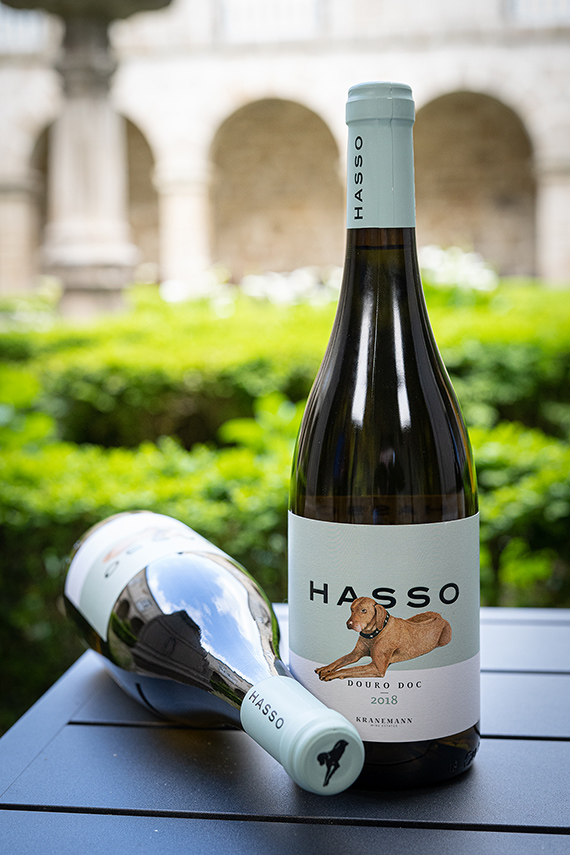 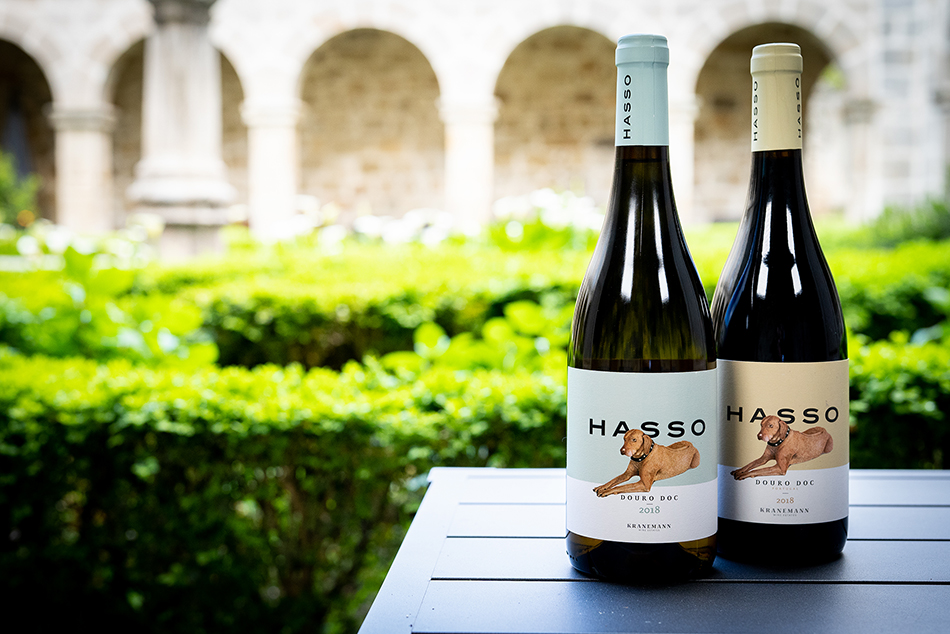 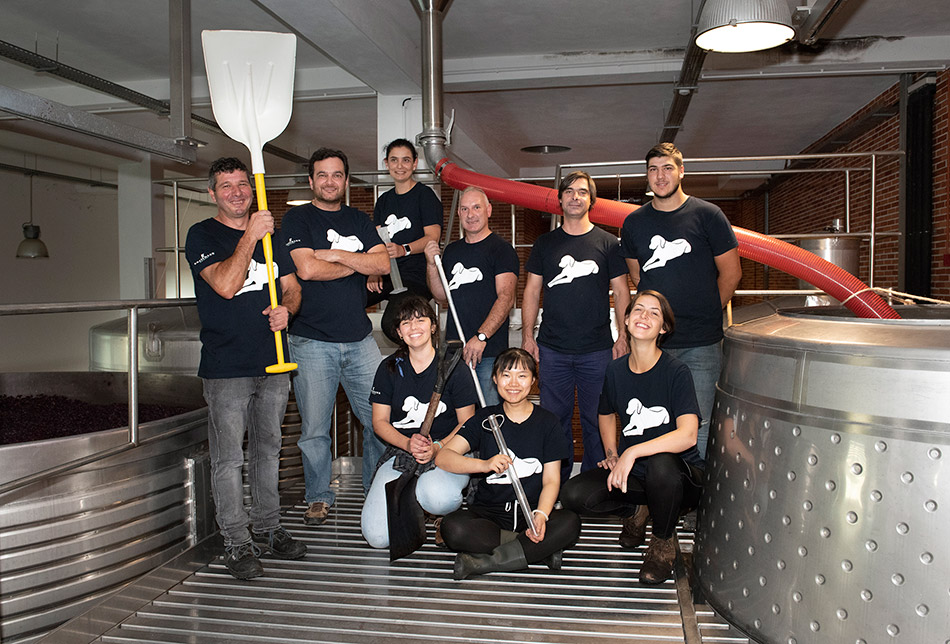 Hasso, a new wine brand named after the wine estate familys much loved dog, and intended to be the entry level brand of KWEs Douro DOC non-fortified wines, marketed in both white and red varieties.

Diogo Lopes and Susete Melo, the KWE winemakers, created a wine expressing the character of the very particular section of the Douro, where Quinta do Convento de São Pedro das Águias is located, balancing acidity, aromas and freshness. The wines were to be perceived as easy-going and fresh in character, making them an excellent choice for all occasions with family and friends, while honouring the trusted companion.

The design for the Hasso label and packaging took as its starting point the unexpected element of the design brief itself: the family dog, a Rhodesian Ridgeback. In the face of such a directive, we considered that this strict, personal and unexpected element should be embraced by design without reservations. A crayon portrait illustration of the familys dog, executed in a scientific illustration style was placed in the center of the label. The logo is placed boldly set in the Blair typeface. The remaining textual and visual information has been kept to a minimum: variety, country, year and producer logo. The pastel colour of the background differs between the white and red variety and, although the colours adopted are not traditionally associated to wine, lend a friendly and approachable expression. The result is a quirky, playful visual which caters to the target audience, young adults and general occasional wine drinkers looking for quality at moderate prices.

Kranemann Wine Estates (KWE) is a wine and wine tourism project founded in 2018 and envisaged by Christoph Kranemann, a German wine connoisseur who fell in love with the Douro and its wines. He was particularly fascinated by Quinta do Convento de São Pedro das Águias, the companys flagship property located in Tabuaço in the Douro Wine Region - the oldest demarcated wine region and considered a UNESCO World Heritage Site since 2001. The Douro Wine Region is associated primarily with Port wine production, but produces just as much non-fortified DOC wines, which have been rapidly gaining the worlds attention.