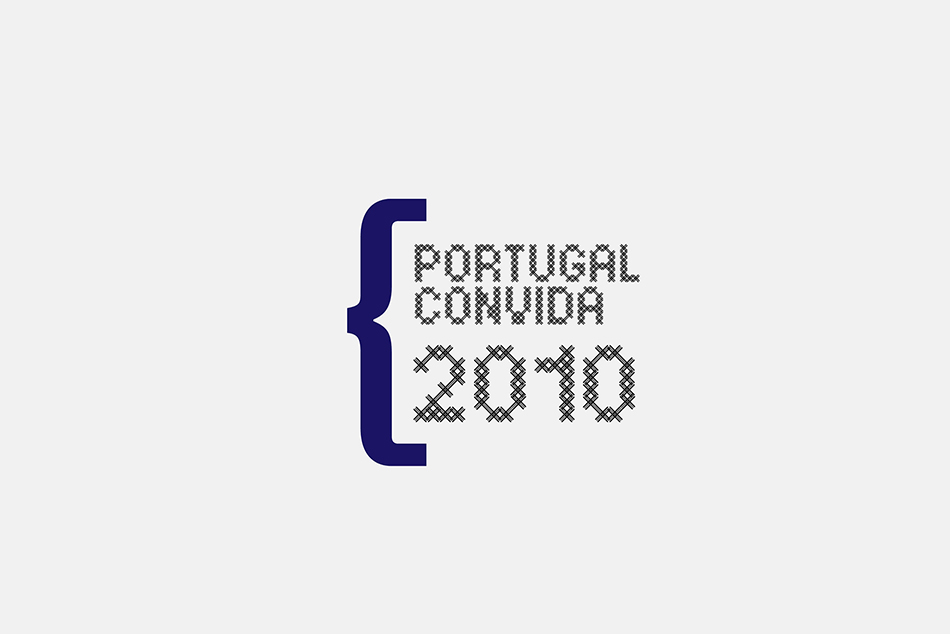 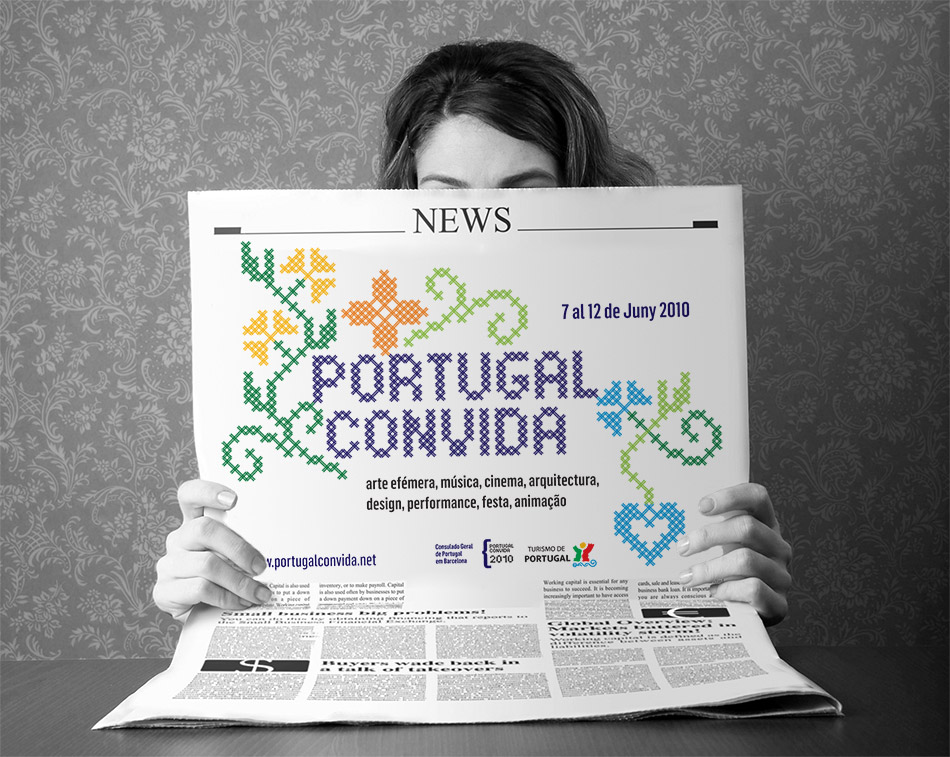 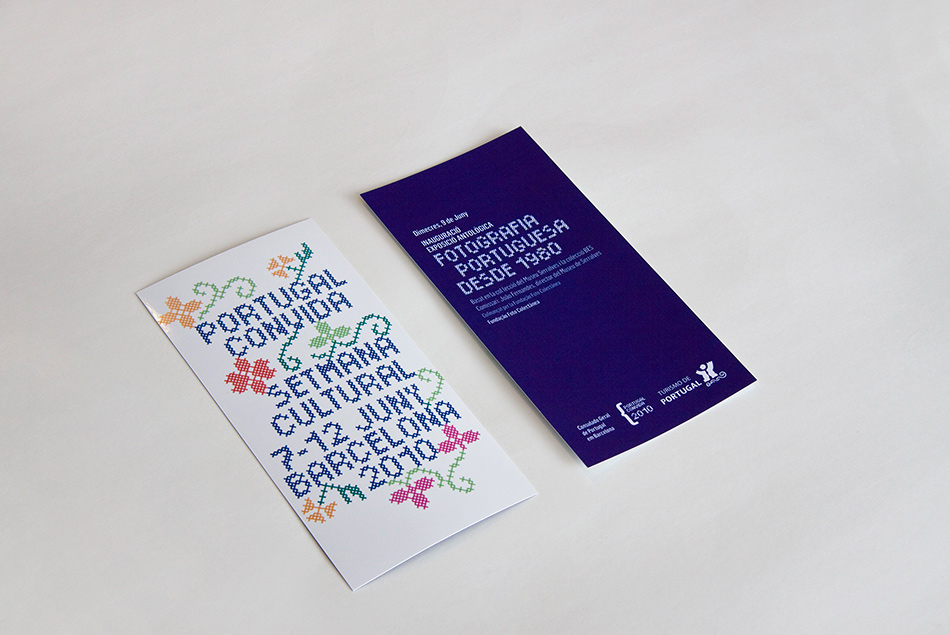 With the goal to promote and strengthen the Portuguese values abroad, the Consulate of Portugal in Barcelona organizes an annual event called "Portugal Convida" (Portugal Invites).

The logo for the cultural week "Portugal Convida 2010" consists of the brace symbol, used as the common denominator in all editions of the event, accompanied by the woodmark designed specifically for this edition.
The visual identity for the event was inspired in the roots of Portuguese Folklore but developed with the necessary flair of contemporaneity.

The figurative elements were drawn from embroidered shirts coming from Viana do Castelo and are used as ornaments following the text they illustrate.
The color palette was taken from the Minho embroidered costumes and scarves, recognised for their vivacity and exuberance.
The ancient technique of cross stitch is translated into this project. The bespoke typeface, designed within a strict array is a crucial element of the visual identity for the event. The graphic arrangements are determined by the contents.
in Marks & Identities, Events, Type design