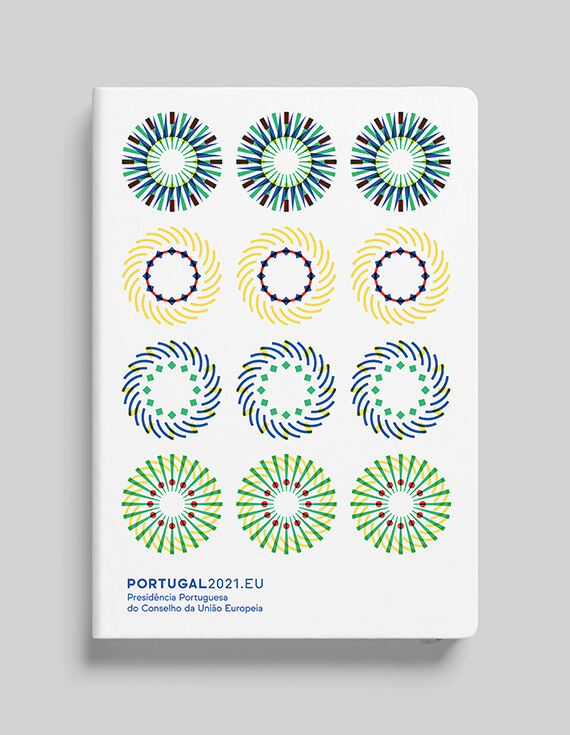 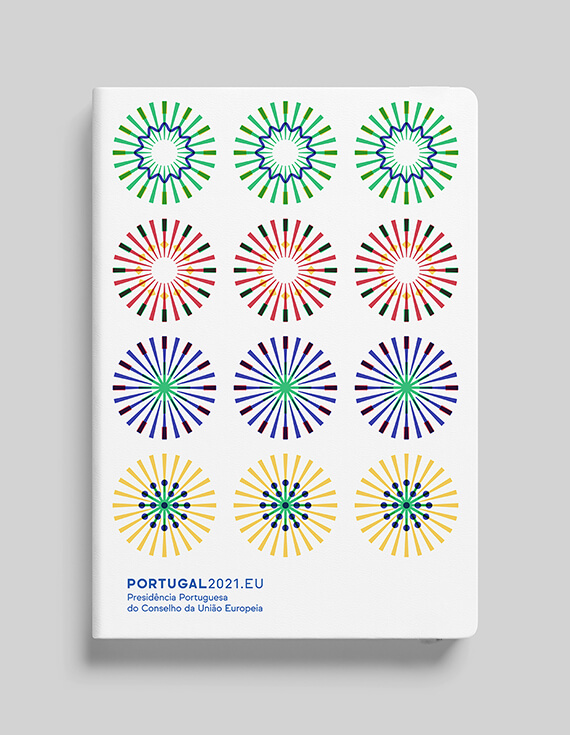 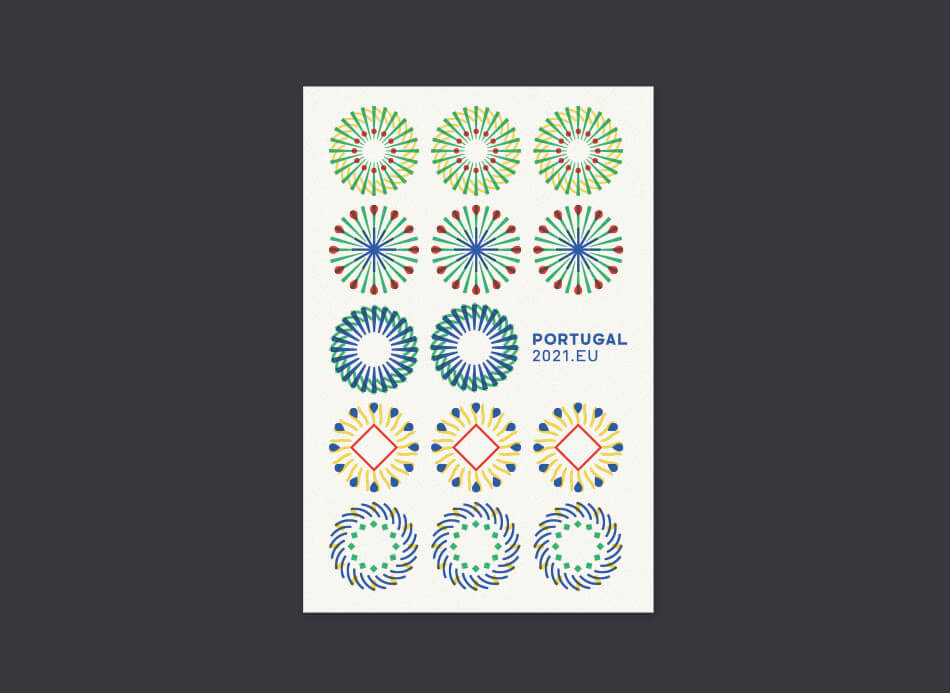 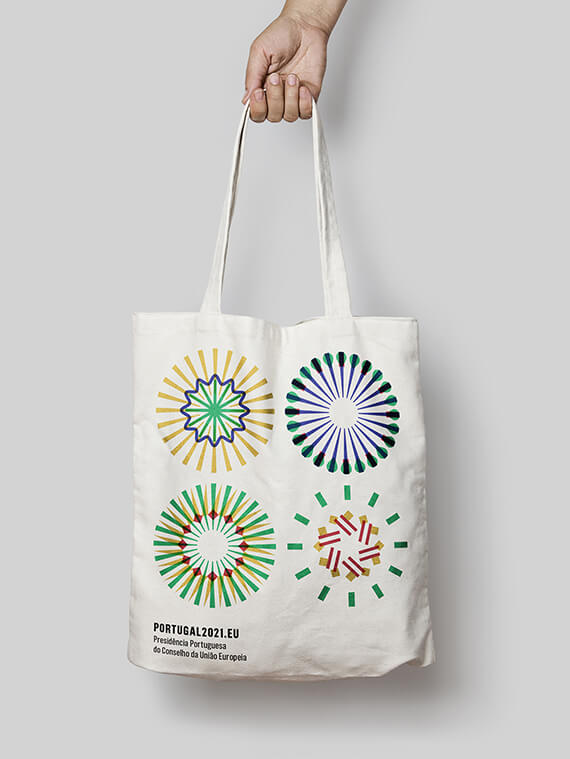 Runner-up design bid in response to a call for tenders to create the visual identity of the Portuguese Presidency of the Council of the European Union in 2021.

The starting point for the visual identity system designed for the Portuguese Presidency of the Council of the European Union, in 2021, were European Union objectives, set out in the design brief program, which can be briefly transcribed in five keywords: peace, sustainability , growth, progress and unity.

The system translates the five keywords to a single symbolic idea: the sun.

The sun is often associated with energy and vitality, nature and sustainability, knowledge and progress. It is also a star, a symbol associated with the representation of countries on the European Union flag.

Portugal is a country of sunshine, which seems to justify that in Portuguese design and art there are several and very qualified examples of the use of its image to represent Portugal.
We also wanted the system to integrate this heritage, especially since it characterises one of the most interesting periods in the history of Portuguese design.
in Marks & Identities, Events