A humanistic library
 Objects seek out the people who love them 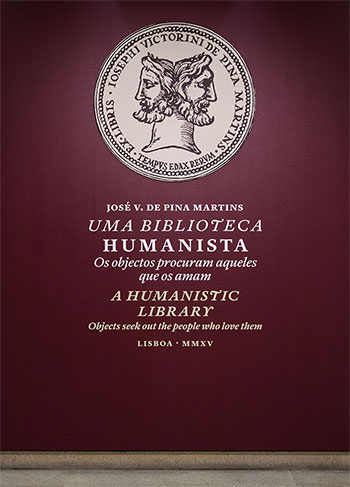 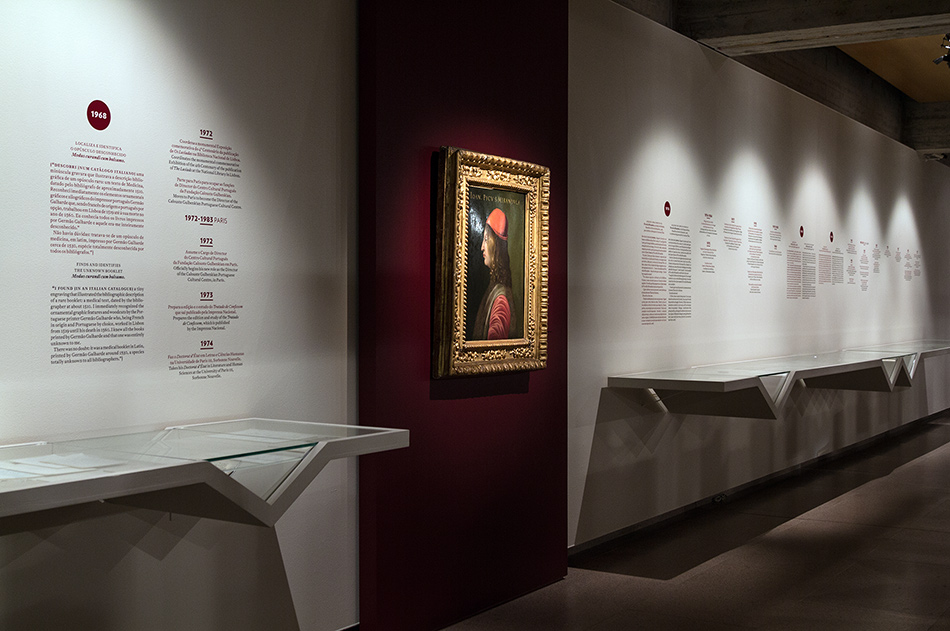 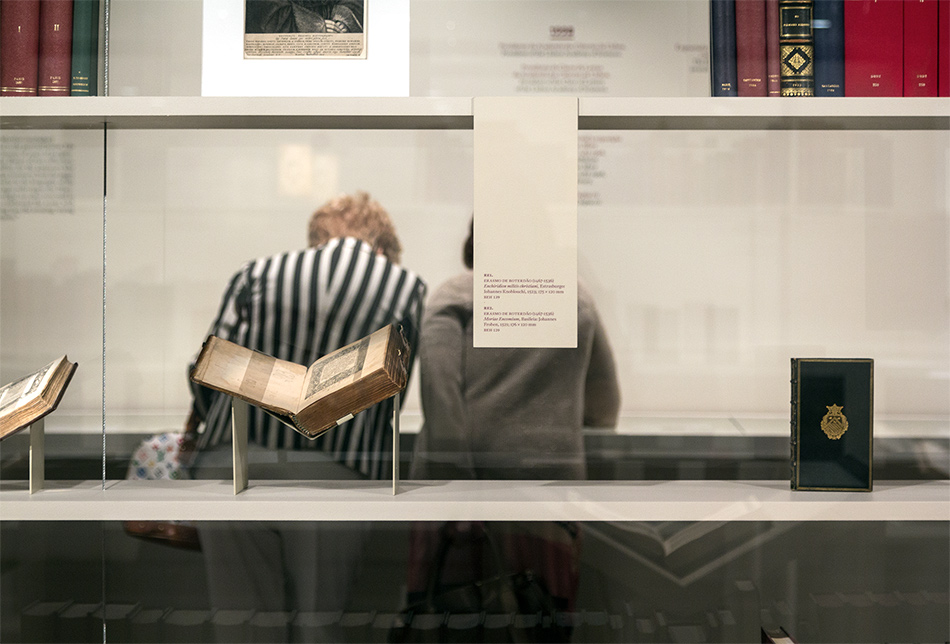 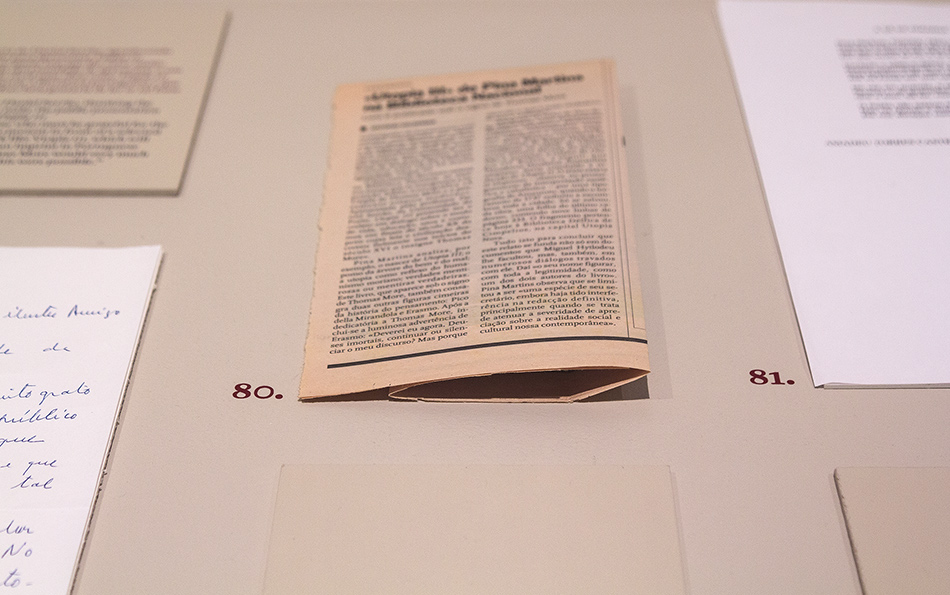 Visual identity and design of all exhibition related graphic materials, including exhibition catalogue.

Throughout his life, José V. Pina Martins created one of the most valuable private specialised libraries, with emphasis on the major themes and authors of the Humanism and the Renaissance movements.

In addition to having been an exceptional bibliophile, the quality of his work and his studies granted José V. Pina Martins (1920-2010) a place in the history of Portuguese culture. Pina Martins connection with the Calouste Gulbenkian Foundation began in 1972 when he moved to Paris as the director of the Gulbenkian Cultural Centre.

Established in 1956 as a Portuguese foundation for the whole of humanity, the Calouste Gulbenkian Foundation's original purpose focused on fostering knowledge and raising the quality of life of persons throughout the fields of the arts, charity, science and education. Bequeathed by the last will and testament of Calouste Sarkis Gulbenkian, the Foundation is of perpetual duration and undertakes its activities structured around its headquarters in Lisbon (Portugal) and its delegations in Paris (France) and London (the United Kingdom).
in Exhibitions

Portuguese Literature, praised and made simple
Everything falls apart