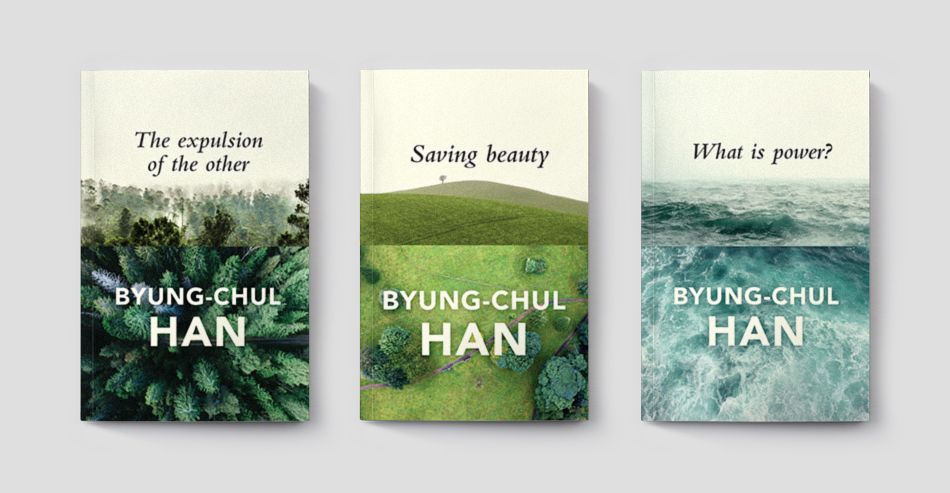 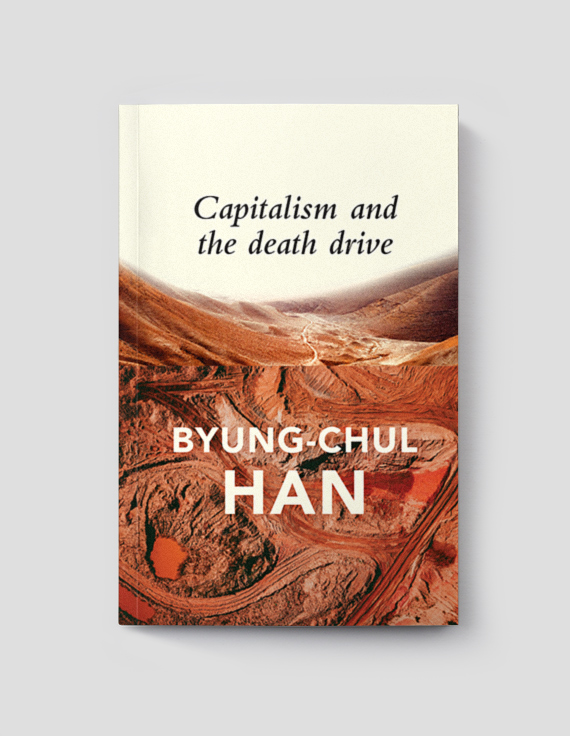 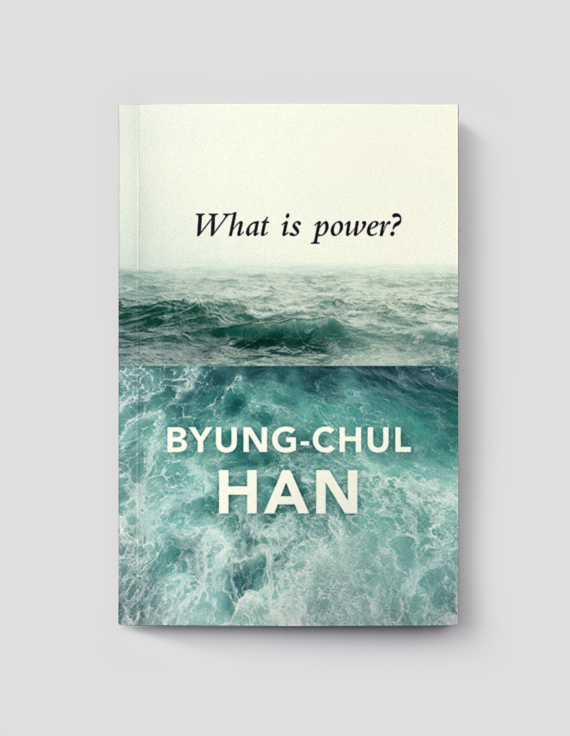 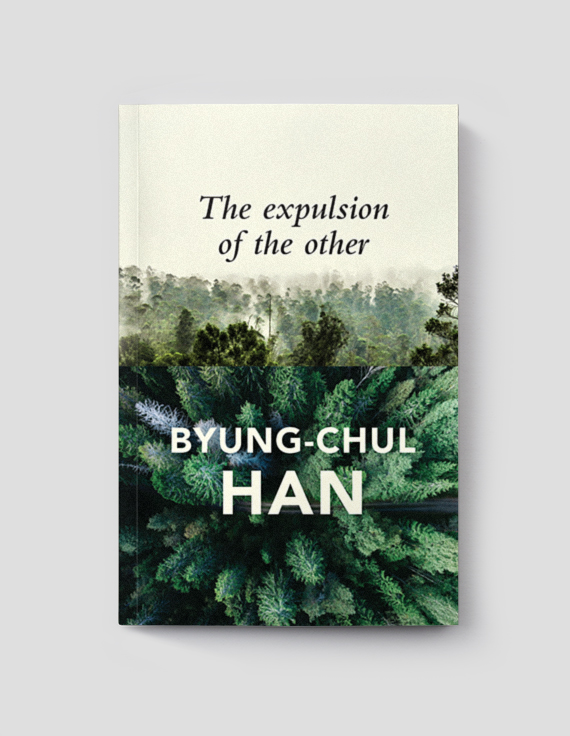 FBA. was commissioned by Polity Press to design the covers of the first books of a single author series philosopher and cultural theorist Byung-Chul Han, with intention to use the design on future titles. The brief requested a visual solution to convey "Han's stylish, contemporary cultural theory of distinctive critical diagnosis of the present". Emphasis should be placed on the authors name, since the series would be building the authors brand in English. And cover text should be legible even in thumbnail size.
The brief also anticipated difficulty in using images because some of the books are more abstract and hard to illustrate."

The following formulation dictated the design approach: Han is a philosopher. Someone who sees the world just as any other man, but he simultaneously sees the world from above, like a God or a bird. The solution was to create a cover divided in two panels two perspectives of the same subject. Despite the anticipated difficulty included in the brief, images were used, not as literal illustrations of the subject matter, but rather poetic references related to the written content of the corresponding book. Two typefaces reinforce the two panels: the title set in Bembo, serifed with humanistic qualities, just as Han's texts. Avenir, non-serifed used for the name; legible in small formats and lending the name with a brand like quality.

Polity is a leading international publisher in the social sciences and humanities fields, with offices in Cambridge and Oxford in the UK and Boston in the US.
in Books & Editorial