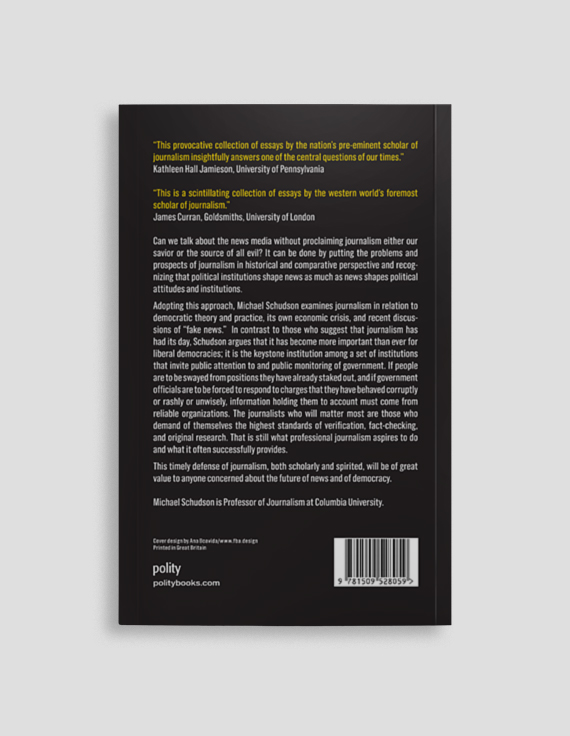 A book by Michael Schudson, the leading sociologist and historian of the media and of journalism, made up of essays.
Essentially, Schudson argues that journalism is more important today than ever. Despite the serious economic difficulties faced by newspapers as they struggle to cope with the digital revolution and the collapse of revenues, and despite  or even because of  the attacks on the media by Trump and others who accuse them of purveying fake news, good journalism really does matter. Journalism is the keystone institution in a web of accountability that is crucial for liberal democracy. For the public to be swayed from positions people have already staked out, and for government officials to respond to charges that they have behaved corruptly or unconstitutionally or simply rashly and unwisely, the source of information has to come from organisations that hold themselves to the highest standards of verification, fact-checking, and independent and original research, and that is exactly what professional journalism aspires to do. Hence journalism remains vital as a key accountability institution in liberal democracies. Without it, the practice of liberal democracy as a form of government intrinsically committed to holding in check the power of elected leaders would be substantially more difficult.

Polity is a leading international publisher in the social sciences and humanities fields, with offices in Cambridge and Oxford in the UK and Boston in the US.
in Books & Editorial