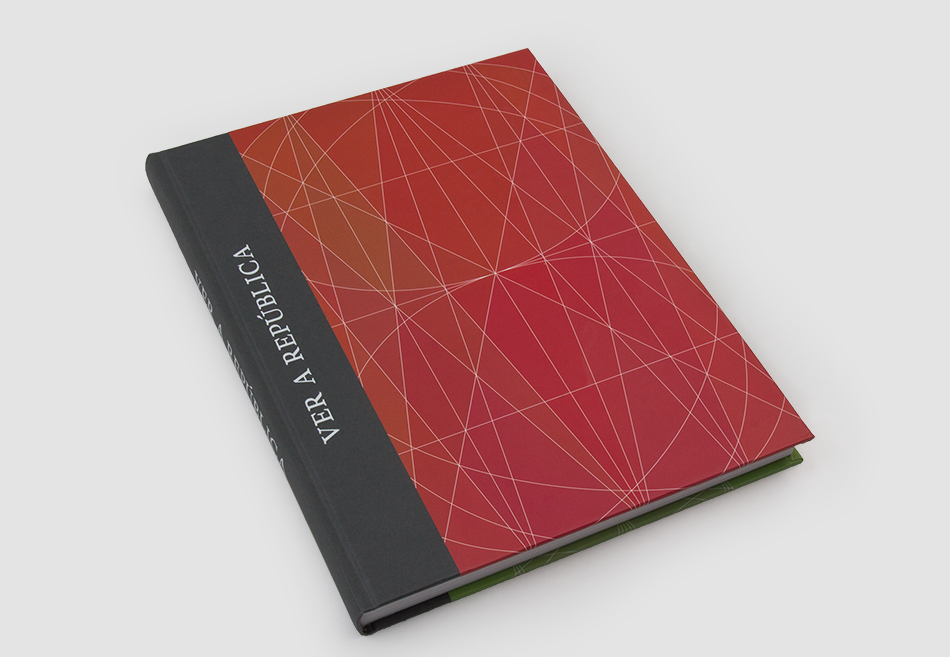 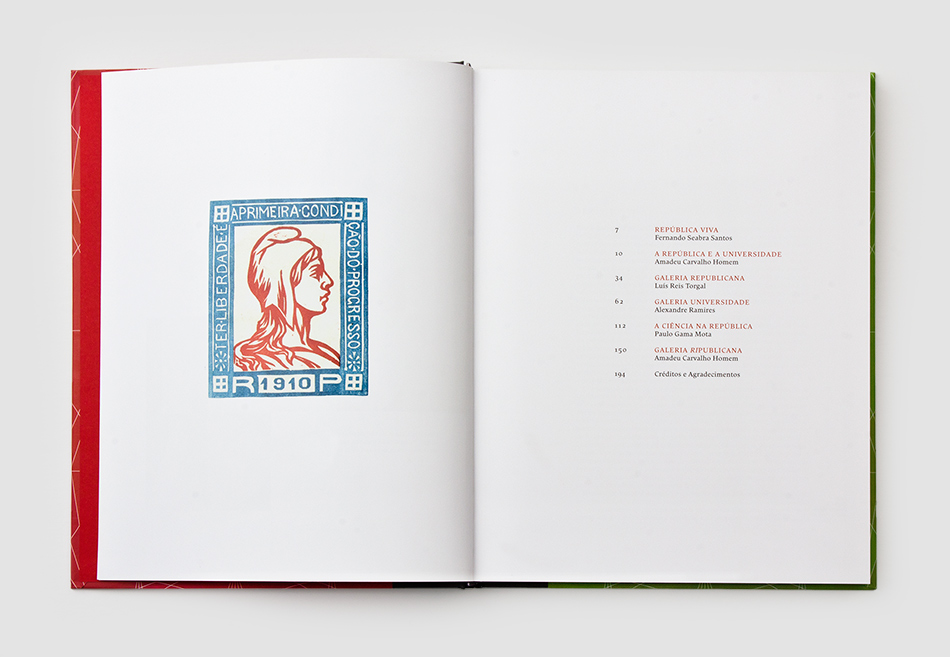 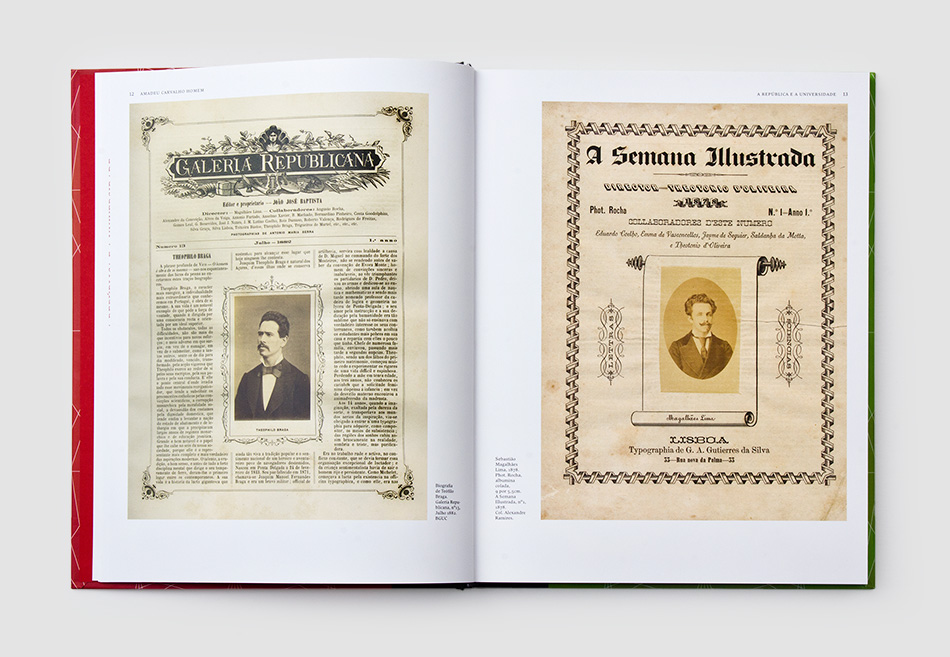 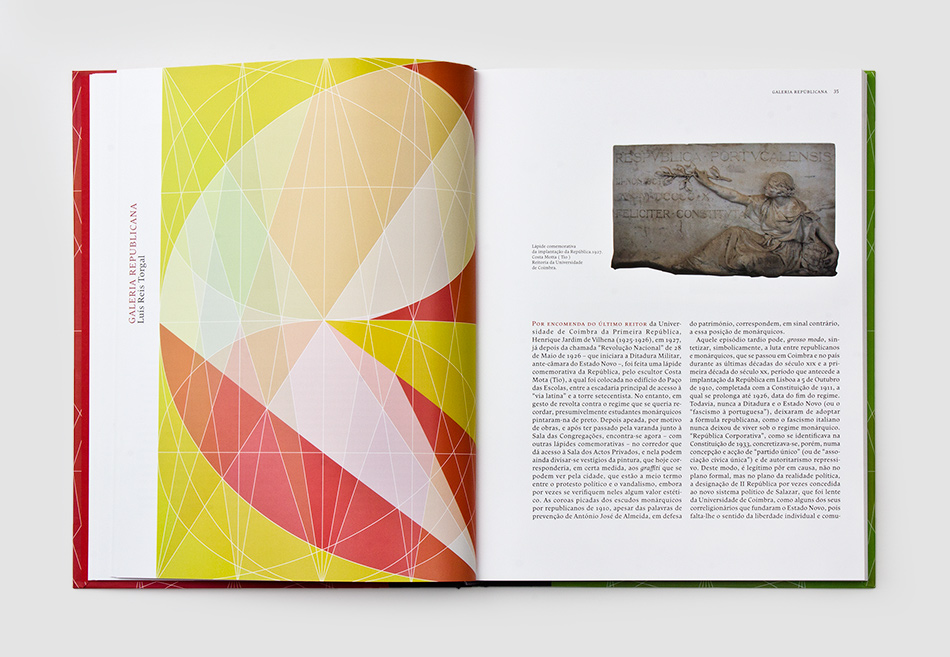 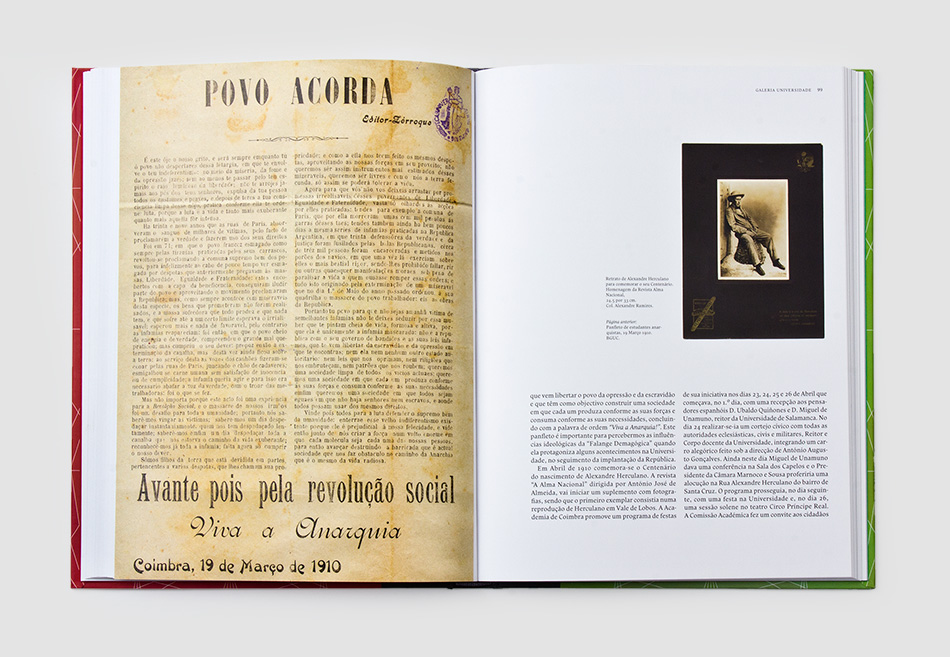 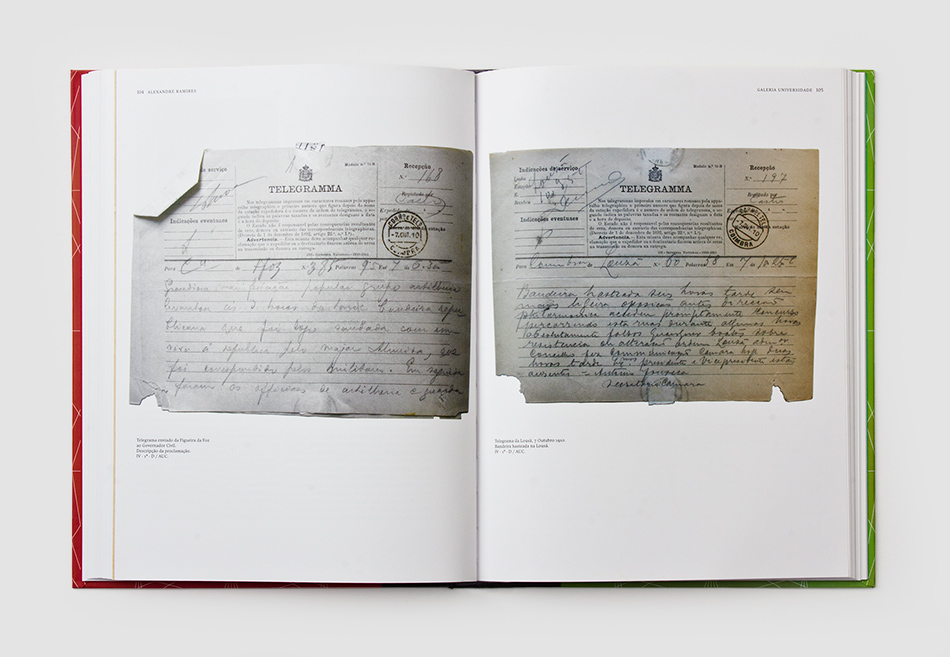 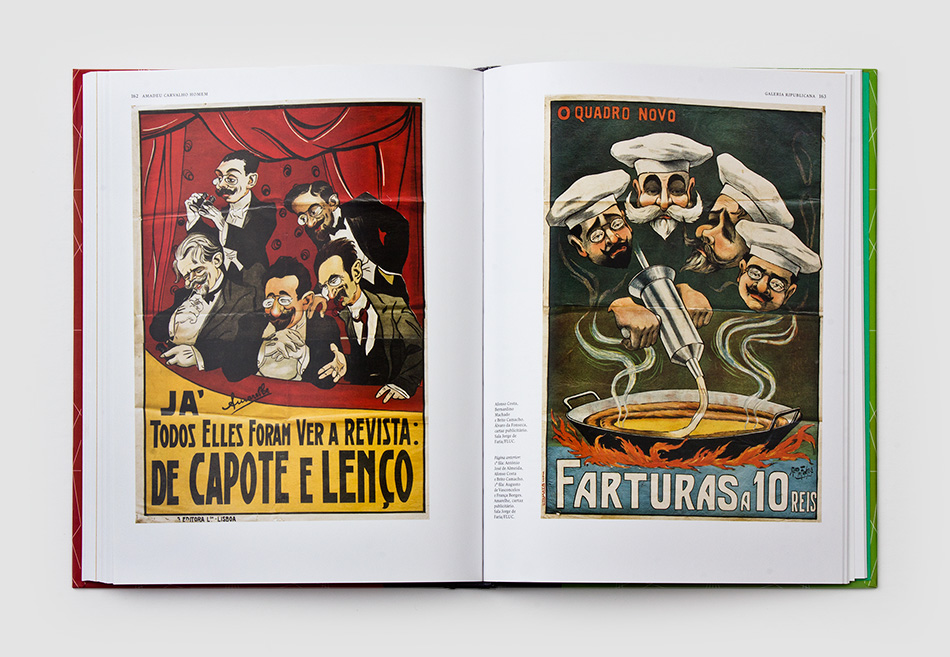 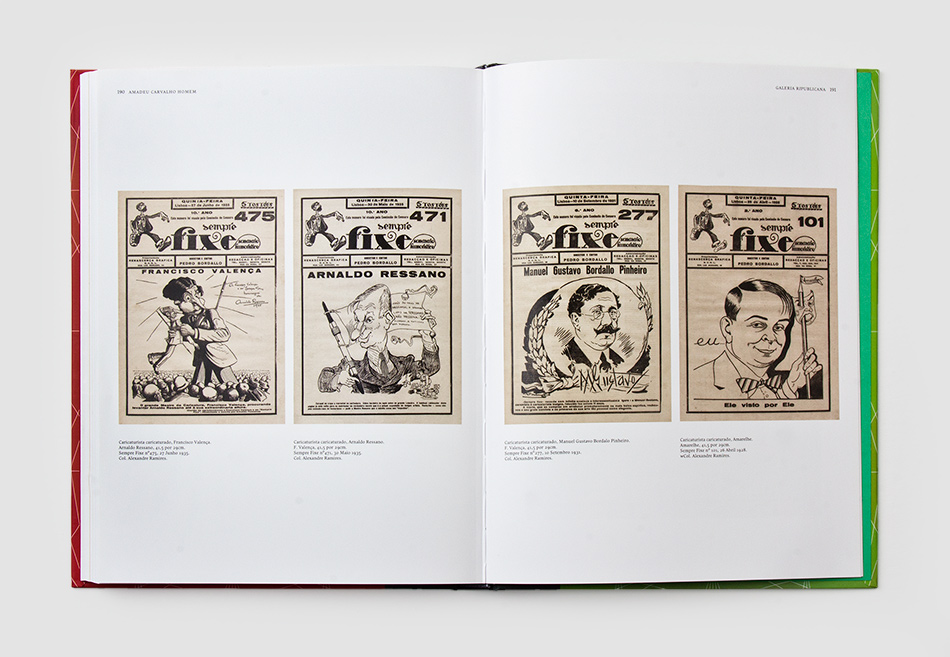 Book design of exhibition catalogue for "Ver a República" exhibition.

"Ver a República" (Viewing the Republic) was an exhibition on the role of imagery in the construction of republican ideals and in the political struggle during the years preceding and following the establishment of the Portuguese Republic. Through portrait photography, photography of everyday events or through mordant caricature, much of the memory of this period was built over image.

Founded in 1290, the University of Coimbra is the oldest University of Portugal and one of the oldest in the world. It has a unique tangible and intangible heritage, keystone in the scientific culture of Europe and the World and is a UNESCO World Heritage site since 2013.
in Books & Editorial