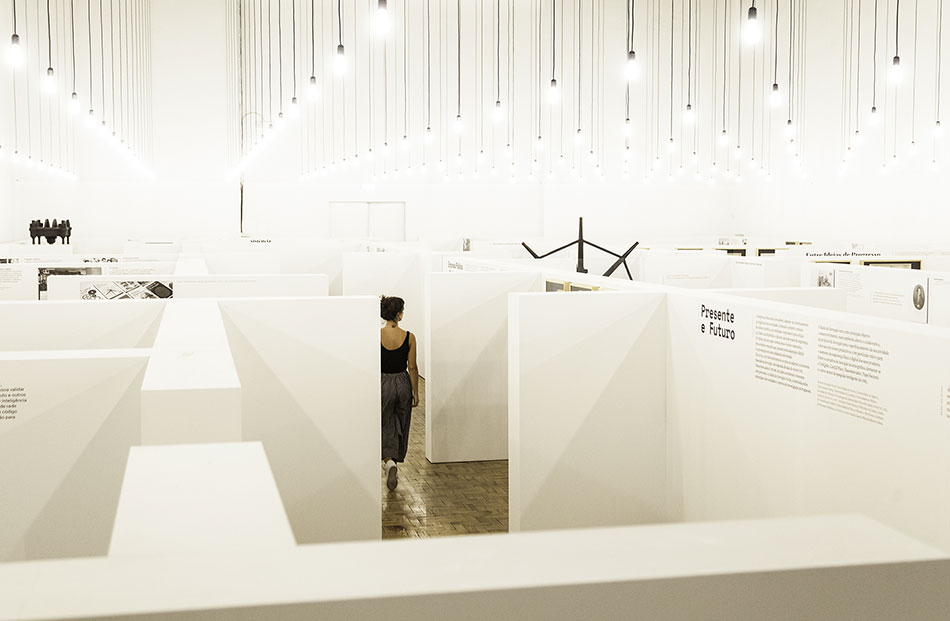 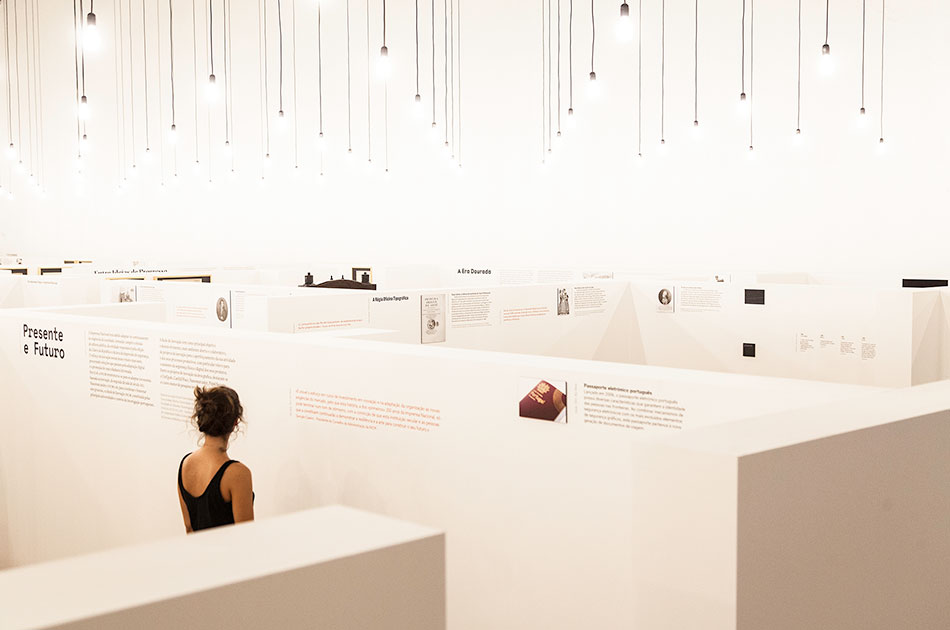 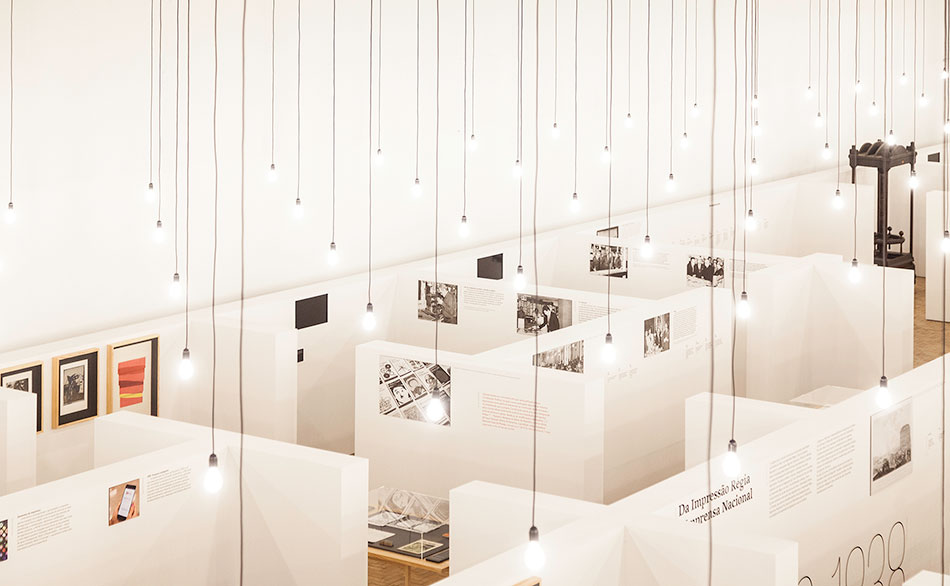 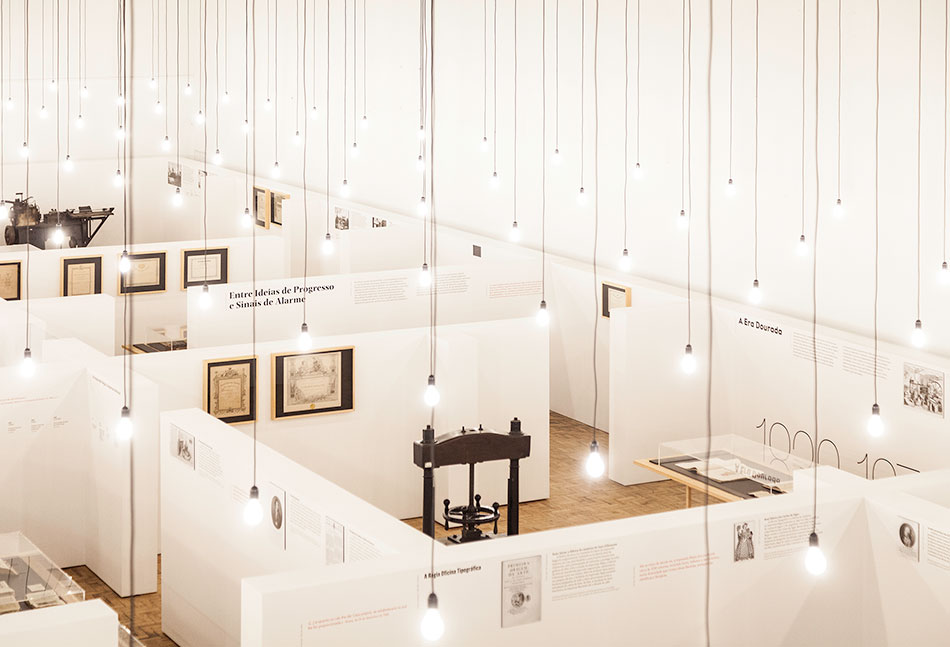 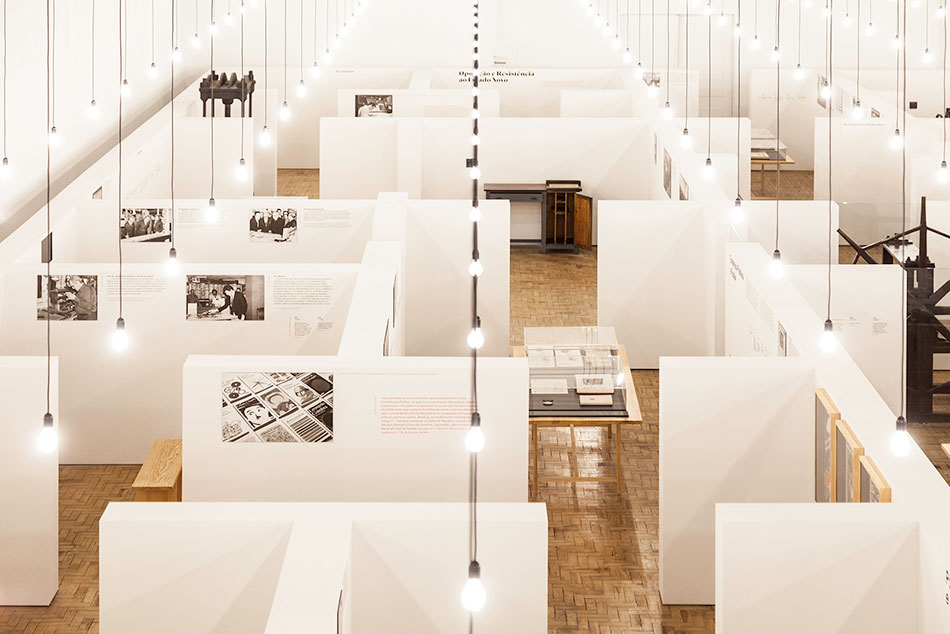 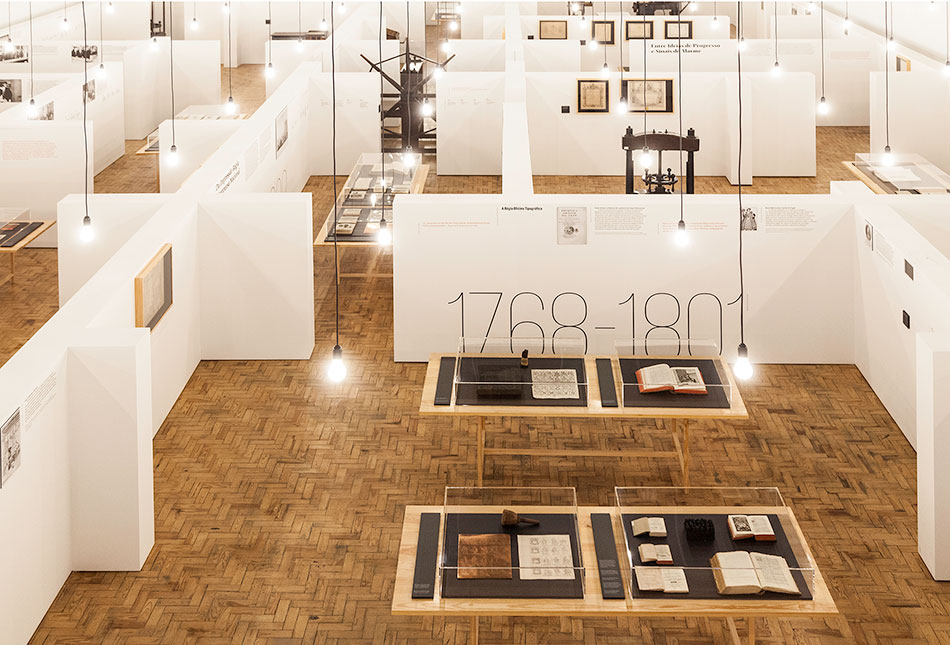 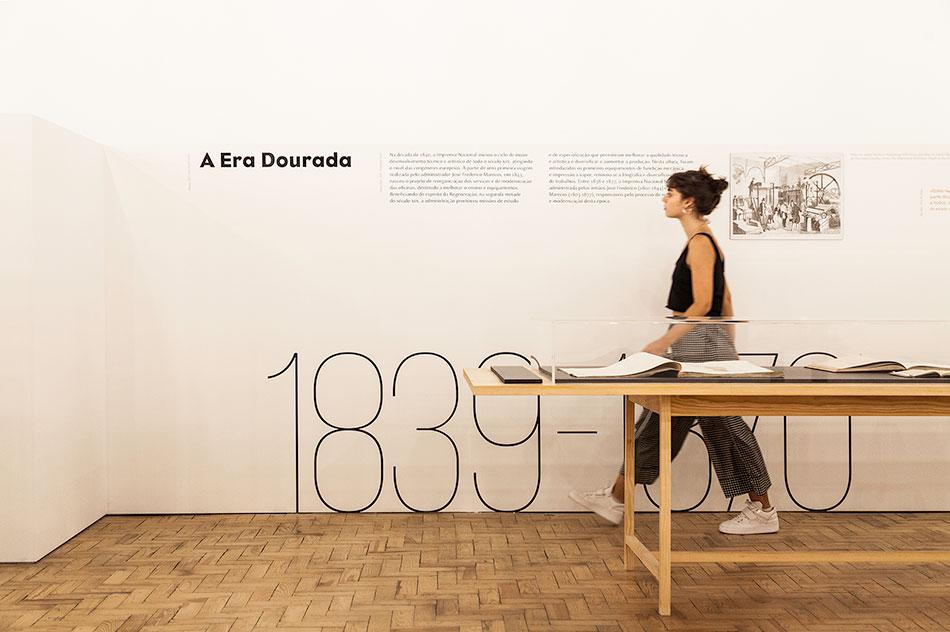 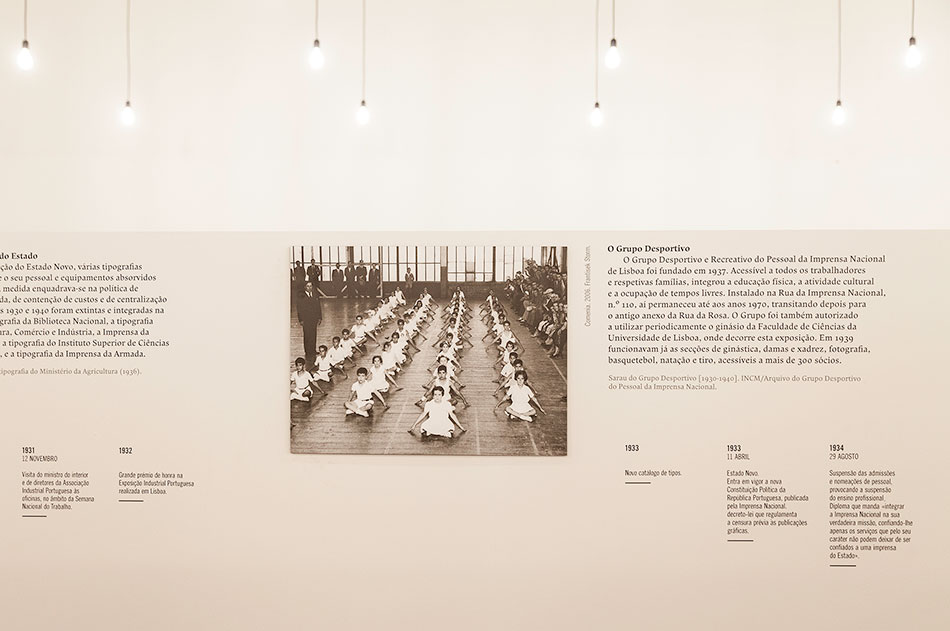 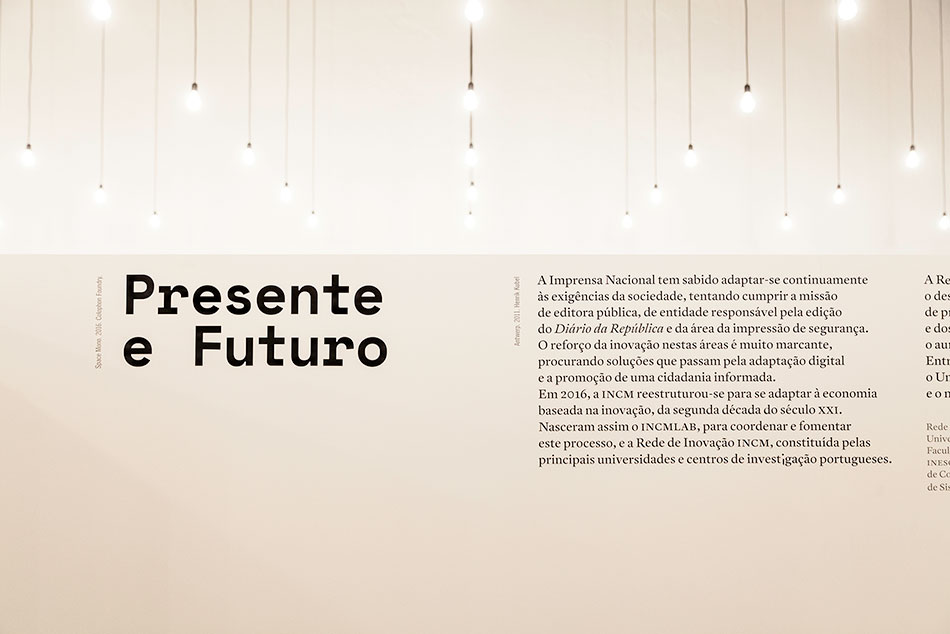 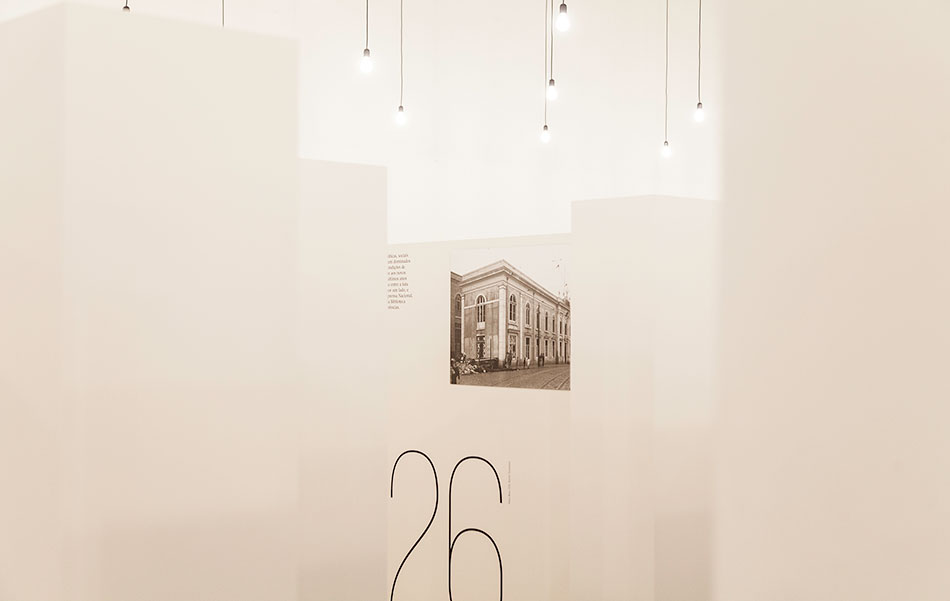 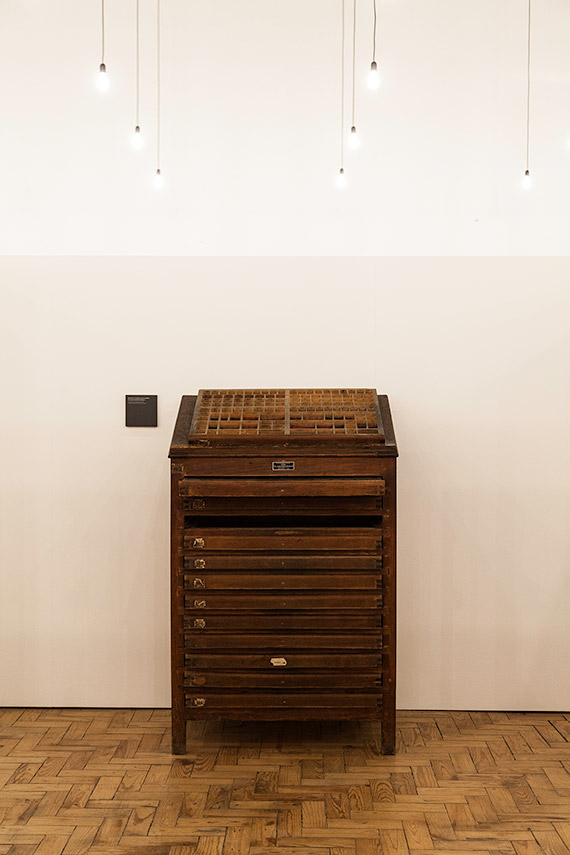 The exhibition Industry, Art and Letters was one of the most representative elements in the programme of the celebrations of the 250 years of the Portuguese National Press.
Unfolding across ten sections and following a chronological narrative, the exhibition intersects several dimensions: ranging from the industrial background to the publishing activity; from its artistic component to its formative role in the field of graphic arts, while also including its public mission in different political contexts.
It can be said that the history of the National Press is in fact the history of the printed word - as an essential instrument for widespread access to education, scientific knowledge and artistic creation - letters and the type being natural core components of the project. For this reason, typography was a central element in this exhibition, transforming the exhibit into a large spatial catalog of fonts, displaying and explailning the versatility of the form of the letters and of their designers.
The exhibition was presented at the Picadeiro (horse manege) of the National Museum of Natural History and Science in Lisbon and is representative of the vast heritage of the National Press.

The Portuguese National Press has been responsible for the promotion of the Portuguese language and culture, but is equally world renowned for the creation, production and supply of printed goods and services that demand high safety standards.