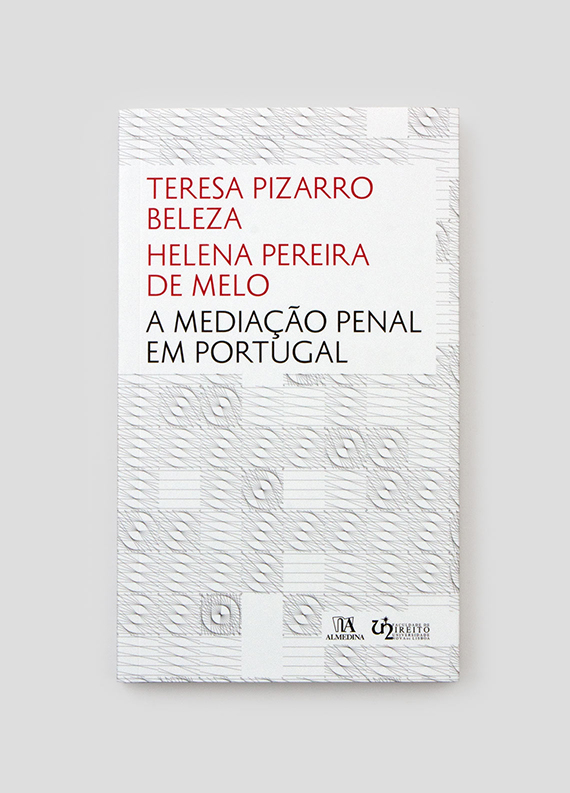 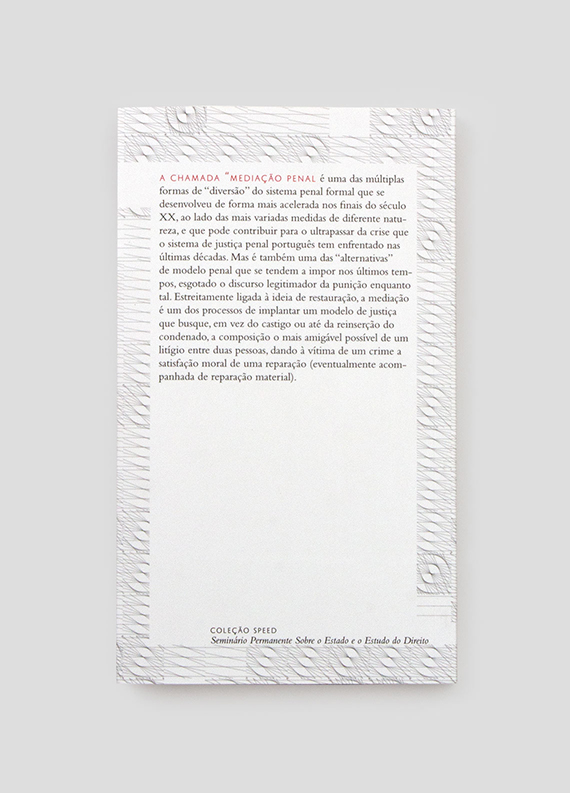 SPEED is the acronym for the Portuguese name of this series, "Seminar on State and Law Studies.

This series of law books covers often socially difficult and controversial topics. FBA tackled this project developing a computer program to generate visualisations that could translate the topics covered in each book. This computer application, developed by Pedro Miguel Cruz (http://pmcruz.com/work/book-covers), "read " each book, and through defined parameters, created images based on the collected data. The end result of this generative design approach leads not only to some beautiful visual creations but also enriches the design work by adding a new content layer and meaning. The illustrations are a reflection of the book's core. The book cover is therefore a descendant of the book, conveying a possible visual translation of the contents. The colours and fonts were selected to confer a desired sobriety to the book series.
The insertion of the publishers logos on the front cover was a mandatory requirement of the brief.

Almedina is currently one of the most important Portuguese Law publishing houses. In addition, Almedina has published in almost all areas of knowledge, with emphasis on works covering Literary Studies and Linguistics, intended mainly to higher education audiences.
in Books & Editorial